Retirement, or half retirement in my case, is a major life change.  Transitioning from the accumulation phase, to the maintenance stage, and eventually to the deaccumulation phase can be daunting.  These transitions are accompanied by a series of losses.  We all understand the loss of income.  But there are many other changes we don’t often talk about.  There is loss of social interaction.  Loss of purpose.  And if you have a high profile job, there is loss of status.

Although we don’t always think about, there are rewards to being an important and well-respected professional that go well beyond the monetary.

I am already starting to feel the changes.

It happened in a moment.  One minute my left ear was fine, the next I could barely hear out of it.  It happened after I had pushed the tips of the stethoscope into my ear.  I didn’t need to be a doctor to know that I had wax buildup.  Simple.  The solution was simple.  I just needed an ENT to clean my ears out.

In my heyday, managing a bustling office of thousands of people, I could get myself or one of my patients a visit at a specialist immediately.  I had at least three or four ENTs on my speed dial that appreciated my referrals and would bend over backwards to do me a favor.

As the years have passed and I have slowly withdrawn from clinical medicine, many of my connections have retired, moved, or long since closed their practices.  So it was with trepidation that I searched out a doctor’s office to get my ears cleaned.

There was a definite loss of status.  The secretaries at most offices were unimpressed by name, and I had to metaphorically get to the back of the line like everyone else.  I eventually did get an appointment.

For the last decade, I have had privileges at the local hospitals.  This meant that I regularly visited the wards and took care of patients on the medical floors.  Every secretary knew me.  The security guards, techs, and nurses would all nod when I walked down the hallway.  I belonged in those sterile halls, and received the respect and deference allowed my position.

Years later, I have long abandoned the hospital and don’t take care of my own patients when they need to be admitted.

A few weeks back, I was visiting a friend at the local hospital.  He had been admitted late in the evening, and I strolled up to the main entrance around midnight.  Unlike years prior, a knowing nod was no longer enough to get me into the building.  Security didn’t recognize me.  My badge was old and worn.

Eventually, I was begrudgingly given a visitor’s badge and escorted to the appropriate floor.

My loss of status was complete. My days of being treated as different or special were gone.  I was just any other concerned friend visiting a sick person in the hospital.

We tend to focus on money when we talk about retirement, and get caught up in spreadsheets and projections.  We fear sequence of returns.  But we do a lousy job about contemplating the other less tangible losses.

We not only lose income but also suffer a loss of status.  We no longer hold the position of importance that we used to, and others have jumped forward to take our place.  It burns a little.

We have proudly moved on in our lives.

And so has everybody else. 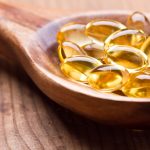 Here’s what the corporatization of medicine is doing 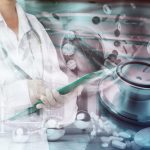 The loss a physician feels after partial retirement
2 comments