Chances are we’ve all experienced this as patients. If we’re honest, as doctors, we have all treated patients this way at some point. The problem is more complicated than just having a bad doctor, although I fully acknowledge that there are many of those out there.

This is more reflective of the “corporatization of medicine,” where the principles of depersonalized mass production — highly effective in retail business models — have been imposed on health care systems, replacing the sacrosanct doctor-patient relationship with that of a commodity and consumer.

Why is this happening?

In the first three quarters of 2017, the top-five insurance companies made a record $6 billion in profit, with their executives getting handsome salaries and bonuses. The top CEOs of health care systems make seven- and eight-figure salaries. And their executives make equally large sums of money. When you receive that $25,000 ER bill, keep these exorbitant salaries in mind.

In the same period, private medical practices like mine are finding it harder to keep up with insuring their employees (each year premiums are going up 10-20 percent) or giving their employees cost of living raises. Physician salaries are trending downward. And to preserve our income, more patients are scheduled for the same period — reducing the amount of time each patient may have. Staff in medical offices are asked to do more and more, in less time, for the same income. Fewer doctors have the time to go to the hospital even to see their own patients. Hospitals are using mid-level nurse practitioners or PAs to see more of these patients, who don’t have the same expertise as physicians. These measures create efficiencies in the system, but the unintended consequences of such practices include empty, impersonal patient encounters where mediocrity is the accepted norm. We’ve created a health care Walmart — efficient and acceptable but mediocre, instead of personalized and thoughtfully engaged health care.

Patients, if insured, find their premiums and deductibles skyrocketing, and effectively reducing their access to timely care. Further, the wholesale commoditization of health care has created a consumer mindset among patients. An increased sense of entitlement has replaced a once healthy respect for their physician or nurse, often reflected in belligerent encounters and unnecessary “emergency” phone calls (I could write a book on the demanding calls I’ve received often in the wee hours of the morning, which could have easily waited until business hours).

What are the consequences?

Doctors and patients alike are in a dangerous downward spiral with the current health care system. Doctor burnout is at an all-time high. A survey of 7,000 physicians last year showed that nearly 50 percent plan to leave medicine within the next two years. Physicians have the highest suicide rate amongst any profession in the U.S., approximately 28-40 per 100000 or 3000-4000 doctors per year. A profession that once called the best and brightest to serve their fellow citizens saw a sharp decline in medical school applicants — 14,000 fewer last year alone. Meanwhile, the need for physicians has never been greater with the expected number of retired Americans expected to double by 2040. And the shortage is more acute amongst specialties such as urology.

How do we fix it?

These problems need to be addressed from both a micro and a macro level.

On the micro level, we need to instill more gratitude in our medical culture. Doctors and nurses need to revisit why we went into this field and appreciate that we can make a profound difference in people’s lives. This goes for patients, too. Show gratitude that someone just awoke from sleep and left their family at midnight to come to the hospital to take care of your acute emergency, which happens thousands of times every day across the U.S.

On the macro level, it needs to be abundantly clear that doctors’ salaries are not driving the cost of health care, rather it is the profits of the insurance companies. Everyone needs to be insured, regardless of pre-existing conditions, and the insurance has to be meaningful, where high premiums don’t affect access. A doctor’s prerogative to order tests needs to be respected and not always second-guessed by the insurance companies who have a financial incentive not to approve these tests. Practices are being forced to create whole authorization departments and meaningful time is being taken away from clinical care to fight insurance denials.

We have to support legislation which de-emphasizes superfluous documentation, which does nothing to advance care, creates onerous time burdens on physicians and serves only to give insurance companies and Medicare big data on the health care system.

We need to support site-neutral payment legislation, where the same medical service is paid at the same monetary value, whether performed at the hospital or in a private setting, thereby eliminating exorbitant hospital costs.

Many other things can and should be done. But doctors and patients alike need to band together and no longer accept the status quo. Raising awareness is always the first step towards confronting our national health care crises, and here’s to starting a conversation. 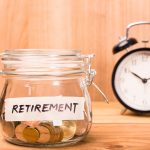 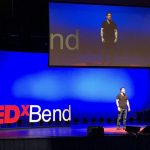 Here’s what the corporatization of medicine is doing
4 comments