If my medical training taught me one thing, it was how to recognize the destructive nature of fads. They pervade our health care system. Most center around medicine, vitamins, and herbals. Though there also is no shortage of treatments and procedures that become popular very quickly and flame out over decades. Although one would think these spurious “advancements” would be pushed by a fringe agenda, it is actually commonplace for the establishment to get caught up in the fanaticism and be just as responsible.

Health care and personal finance share this dangerous romantic attachment. Both medical and financial fads often leave their victims in the lurch. Broke. Embarrassed, And suffering the consequences.

For as long as there has been medicine, there have been snake oil salesman. They hawk their wares to assuage the fear and anxiety of the populous. The themes are always the same. Take a problem that is difficult to treat, incurable, or better yet, non-existent. Use magical thinking, poor quality studies, or lack of information. And then sell the heck out of something for high profits.

The possibilities are endless — vitamins, blood tests, “herbal,” or “organic” medicines. Throw in an illicit connection to something rare or taboo (like marijuana and CBD oil), and the dye has been cast.

Oftentimes, savvy sellers can rope in the establishment to do their bidding. Vitamin D supplements have been shown to treat only the narrowest spectrum of diseases, yet medical practitioners now prescribe it for anything from heart disease to cancer. All with no proven benefit.

Doctors and health care practitioners want to believe just as much as everyone else.

Financial fads are no different. The ingredients are the same. Take a problem that is difficult to treat (lack of money) and then use magical thinking and lack of information to sell the heck out of something. The examples are endless.

Cryptocurrency, marijuana stocks, whole life insurance policies. The examples are numerous. As long as there have been people out there who want to get rich quickly without expending much energy, there have been snake oil salesman ready to sell to them.

And make no mistake, there are some who indeed will hit the jackpot. They will buy Bitcoin low and sell high. They will invest in that one marijuana company, and hit it big. Or they will be the first one in, and prosper at the top of some multilevel marketing pyramid.

But just realize that there are many more losers than winners. There are many more left broke and penniless then wealthy. By far. The chances of coming out ahead are minuscule. It is rank speculation wrapped in the shroud of “investment.”

Fads often are fruitless because they discount the two most important ingredients in successful ventures. Whether your health or your finances, most good things in life come with a large investment of work and time.

Goodness compounds slowly. If it didn’t, most of our lives would be much better and easier. Happiness would be less elusive, and contentment would be the norm.

I’m sorry to tell you; life just isn’t that way.

I have seen my share of medical and financial fads. I have mostly ignored them. With just a little bit of scrutiny, it becomes obvious that they are based on fraud and hazy logic.

It is much easier to confuse you into buying something you don’t want, instead of convincing you to take the time and energy to learn what you truly need.

And it pays much better.

MKSAP: 23-year-old woman with painful lumps on her legs

Why you're an unhappy physician 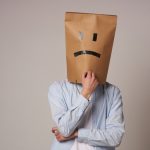