How much we micromanage our lives is dependent upon our compulsivity and how many goals that we set in life.  Medicine is a profession that attracts some of the most goal-driven people I have ever met.  There are egos, obsessions, intelligence, and diligence all packaged into one unit.  This is simply overwhelming.  Fortunately, these habits tend to evolve with age.  I’ve seen some of the most incendiary personalities in medicine mellow with time — maybe these doctors have rediscovered their life goals over time.

Our financial priorities evolve over time as well.  During two of the years during residency, I opted not to contribute to my Roth IRA account.  This amounted to $11,000 of post-tax monies that I spent for living expenses and student loans.  These decisions were made during a time in my life where I had some understanding of long-term investing but was preoccupied by a seemingly large negative six-figure student loan debt I had to repay.  I used to receive monthly statements on my student loans.  Every month these numbers increased as I deferred interest payments.  These increasing numbers were psychologically abrasive.  I made the decision to reduce my debt to zero, and get my net worth up to zero.  If you threw $5,500 in the stock market in 1980, it’d roughly amount to $295,130 in August of 2018!  If you left $5,500 of your student loans unpaid at 6.8% for 38 years, you’d only have less than $100,000 built up (there are certain factors like forbearance limits that actually prevent you from dragging out loans this long, however).  The right answer at the time probably would have been to contribute to my Roth IRA.

That’s roughly a $200,000 difference for a $5,500 initial investment. For me, it would have been double that for two years of lost investment.

Sometimes I still kick myself for not investing in a Roth IRA back then.  Over time, this “mistake” will actually amount to big stuff.  It’s human nature to focus on the negative. When you do that, it’s easy to get bogged down on the details.  It is not possible for us to make the “correct” decision every single time.  We all have patients [read: engineers] who micromanage every aspect of their care, and sometimes they actually end up making their care worse.  If you micromanage your finances, you will likely land on your face too.

If this happens to you, realize that you’ve made hundreds of “correct” financial decisions before you make a financial flop.  Sometimes these mistakes right themselves.  Other times they will serve to help us make better choices when they will really count.

Perspective evolves with the size of their wallets

I had coresidents who easily spent $5,500 on a single vacation.  I doubt that they were wondering what their Roth IRAs would have in them in 38 years.  It’s all about perspective, and how much buffer one has to fall back on.  We all have coworkers who don’t bat an eye when they drop $100,000 on a Tesla.  Many of them have mortgages several times the cost of the Tesla and student loans.  I suppose that if you have five times the income of a resident, you are able to stomach an equivalent amount of leverage.  Only their financial advisors will truly know how much wealth is hidden under the veil of nice material wealth.

The moral of the story, if there is one, is that you alone will determine what is more critical to your happiness.  If that means having a stable nest egg in retirement you will make appropriate choices to get there.  If that means owning a fast car while you still have the dexterity to drive it, you can still make it happen.

I used to balk at the cost of a $4 cup of Coke at Disneyland.  Now that Coke is $6 at Disney (and I finally feel that I can afford it), I still opt for water simply because I can afford the calories and sugar!  Maybe psychologically I never wanted the Coke in the first place. 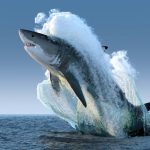 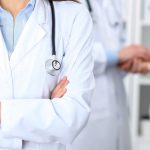