I woke up to the sound of a faint “ding” from my bedside table. It was 5:24 a.m. Shaking off my lethargy, I scrambled over to my phone because the ding meant one thing: my first residency interview invitation.

Looking back on that moment, as I responded in the dim light of the morning, I realize that I knew very little about what was to come over the next few months. I understood that the residency application process would include scheduling interviews, attending them, making a rank list, and then matching. But I had no idea what a whirlwind process it would be.

First came scheduling interviews. Like many fourth-year medical students, I set up my phone so that the only alerts I would receive were about residency applications. Most ophthalmology programs offered just two or three interview dates that filled on a first-come, first-served basis. This meant that as an applicant, I had to respond quickly in order to schedule them.

While I understood this in principle, the reality of it struck home a few days after that first invitation. I was in the shower and didn’t hear the telltale ding. Once I was out, I saw that I had a new invitation and quickly responded. It had been just six minutes since I received the email but the date I wanted was already full. The other dates conflicted with interviews I had at other programs. I would need to start prioritizing and canceling interviews.

I soon became conditioned to respond to those dings within seconds, and fortunately, I was able to interview at most of the places I wanted to. Between late October and mid-December, I crisscrossed the country meeting faculty and residents, reconnecting with friends, and bonding with fellow applicants. I responded to the statement, “Tell me about yourself,” over 100 times. I wore a suit more times than I had in the previous nine years. Along the way, I became an expert on airline snacks, grew very familiar with sofa beds, and developed a technique for changing out of a suit in an airport bathroom in under three minutes.

After the dust had settled on interviews, it was time to create my rank list. I spent weeks deliberating how to rank programs. I listed out criteria that were important to me and created a matrix to sort programs based on those factors (this was a useful exercise — I recommend it). Perhaps most importantly, I spoke to mentors who helped me reflect on what different programs had to offer and how those opportunities aligned with my personal and professional goals.

The application process finally came to a head on Match Day. For me, that was in mid-January. Ophthalmology is one of two specialties that has an early match, meaning there is no ceremony for us. I found out my result when my phone once again went off in the quiet hours of the morning (this time around 6 a.m.). My future program director was on the line, letting me know that I had matched to Harvard for ophthalmology residency.

For everyone else, Match Day was last Friday, March 16th. While I knew where I was going for ophthalmology, I still had plenty at stake — I would find out where I would do my intern year and my fiancé would learn where she had matched for internal medicine.

So on Friday morning, the graduating class filled a banquet hall along with friends and family, waited through an anxiety-provoking countdown until we could open the envelopes containing our residency destinations, and finally broke into celebration when the moment arrived. I matched to a transitional year through Beth Israel Deaconess Medical Center, and my fiancé matched to Massachusetts General Hospital, so we’ll be heading to Boston together!

The residency application process is long, grueling, and expensive. But it is also full of memorable moments and is one of the defining experiences of medical school. I’m glad to have made it through and am now looking forward to residency.

The fine line between dementia, sex, driving, and money 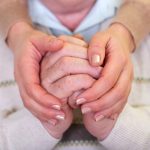