One of the most frequently used phrases in both schools is “big data.” The idea is that with bigger, faster computers and new analytical techniques, we can now sift through vast amounts of information to generate new insights.

There are countless applications. For example, electronic health records have led to the digitization of health data, and clinical researchers are trying to use this information to identify traits that predict disease, response to treatment, and a host of other variables. The same techniques can be used on corporate datasets to link business decisions (such as pricing) to consumer behavior.

Data analytics is therefore held up as a panacea for complex problem-solving in both the medical and business worlds.

The shared excitement has led me to a few reflections about big data. First, it highlights that many decisions in both business and medicine are currently based on instinct rather than evidence. While leaders do their best to support reasoning with data, sometimes data isn’t available.

A recent report by PricewaterhouseCoopers found that senior executives primarily rely on intuition and experience to make decisions. Similarly, companies often launch products based on feedback from a few people in a focus group because they cannot test a larger scale response.

Medicine has done a better job using data and creating evidence-based guidelines based on randomized controlled trials (RCTs). But when treating patients, doctors must frequently fall back on clinical judgment derived from anecdotal experience as well. Indeed, a study published in PLOS Medicine found that just 31 percent of cardiovascular risk management recommendations were supported by high-quality RCTs.

Big data is exciting because it can make decision-making more rigorous. With enough historical information, it will be possible to build models that can predict future outcomes.

With that said, my second realization was that we need to be cautious with insights from large datasets. In any statistics class, the first lesson includes some variant of the statement, “correlation does not equal causation.” That statement doesn’t become any less true just because the data is “big.”

Predictive models are useful tools but they don’t always work. Google Flu Trends offers an instructive example. In 2009, Google published a letter in Nature announcing that they had developed an algorithm that could track flu outbreaks based on an enormous sample of Google searches. Their approach was remarkably accurate and much faster than the CDC, which tracked flu outbreaks based on reports from doctors.

Commentators hailed the tool as a breakthrough in big data and a sign that the future had arrived. But within a few years, it no longer worked. The search terms that had been associated with flu outbreaks didn’t correlate anymore. By 2015, Google Flu Trends shut down. This quickly led to proclamations about the failings of big data.

Examples like this don’t prove that big data is a failure. Instead, they demonstrate the importance of developing skills to interpret data. There is a temptation to believe that new statistical tools can be implemented in a black box (by companies like Google) and that we can simply use whatever comes out of it.

I expect that mentality to change. Whether it’s a doctor or a CEO, decision-makers need to adapt to the growing role of data. Analytical techniques are only useful when they are properly applied, meaning we need to understand their underlying assumptions and think carefully about what to do with the results.

Fortunately, my experience suggests both business and medical schools are preparing students for this reality. While we’re still in the early days of the big data revolution, there is little question that it will shape the future of medicine, business, and more. 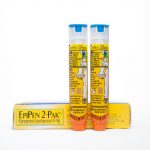 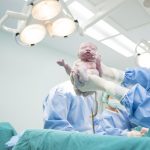 How big data will shape the future of medicine
3 comments