Alright, anybody that has been through the process knows that applying to residency programs is a long and expensive process.

The issue is not how long it is, or honestly how expensive it is, even though those are problems.

The issue is the secrecy of it all from an applicant’s perspective.

As an applicant, you don’t know what is on the deans’ letter, your letters of recommendation, and the residency program isn’t allowed to tell you how much they like you after your interview.

If you as the applicant could be privy to the information in those three areas above, you would spend less money, less time, and ultimately open more spots to interview at other programs for other students.

Knowing what is in your deans’ letter and letters of recommendation would be so helpful because then you would know if there are any issues brought up that you need to discuss. Sometimes, what someone thinks is a compliment actually isn’t to you, so knowing the content of those letters would let you be better informed.

I spent over $5,000 traveling to interviews after I interviewed at my number one program, and had they been able to communicate to me that they wanted me there, I could have saved all that money and time!

More importantly, those interview spots could have been extended to someone who wasn’t just padding the rank list for safety’s sake. (Yes, I went on more than I needed to just to make sure I would match somewhere.)

How it could be better

This is a complicated process for sure, and the way it is done right now tries to make it fair for everyone.

As an applicant, it would be very helpful to see the letters of recommendation and see the dean’s letter.

There is a section of the MSPE (dean’s letter) that goes over your noteworthy characteristics, and this would be very helpful to see what is thought of you from these resources before you apply.

Then last, it would be nice if you could openly communicate with the residency program about the mutual interest.

The residency and you should be able to say when they like you or vice versa. If a residency could honestly tell an applicant that they want them there, then the applicant could save tons of time, money, and stress.

It is such a simple thing, but would make a huge difference!

This process is long, costs a ton of money for both parties involved, and is incredibly stress-inducing. Simplifying it and allowing the things mentioned above would make it so much easier for the applicant and honestly could make it easier for the residency too.

It should be more of a job application, where the interest can be openly communicated instead of the application process it is now. 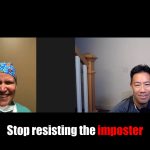 Being a health care hero means we get free ChapStick 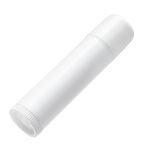