When I first began writing about the “doctor” title, I led with my personal beliefs. But as my research expanded, I realized there were so many variables and so many experiences that have shaped other women’s views on being called “doctor.”

A few years ago, I was at a charity event for underprivileged kids in Detroit. One of the board members was a well-spoken nurse with a PhD. She introduced herself as “doctor,” and I admired that. She earned it. The title automatically told of her accomplishments in one simple word.

My boyfriend at the time was also a member of the board. As we were networking, I asked him to introduce me as “doctor” because I was too embarrassed to do it myself. I’ve always appreciated it when my friends would introduce me as doctor in professional settings. It took the pressure off me. He told me that I was being arrogant, and continued to introduce me as “Rozy” the rest of the night. Was I being petty? Was I being overly sensitive? It was a disappointing night, and it shaped my feelings on being called “doctor.” I speak up for myself now. I earned it.

On the other hand, an article titled, “I’m a physician. But please don’t call me doctor,” examined another perspective from a female surgeon. She states that using “doctor” is impersonal and creates a distance between her co-workers and, more importantly, her patients. This makes her feel isolated. She also strongly viewed using the title as authoritarian-like, and described doctor as someone “on a pedestal” and not using the term showed her “humility,” thus reinforcing the notion that “doctor” is an arrogant term and title.

Unnoticed by most, this also categorizes the term doctor as traditionally “masculine” because of it’s aggressive perception.

One of my great guy friends from undergrad recently got married. He also completed his medical degree and is in a cardiology fellowship. His lovely wife is a smart and beautiful pharmacist. As the DJ introduced them as Dr. and Mrs., I almost leapt out of my chair to announce to everyone that, indeed, his wife was also a doctor. I called him after the wedding to ask his viewpoint on what happened with the introduction. He said that he did notice and that it was actually planned. What? His wife made the decision to be called Mrs. that day because to her it reflected the significance and celebration of marriage. It was much more about her personal life that day. I understood her viewpoint, but I also pointed out that a male doctor would never be referred to as Mr. at a wedding. We both agreed that would probably never happen, but I was happy to hear that the two of them were aware of the gender bias with the doctor title and had a conversation about it before the wedding. It was her choice.

The choice to be called doctor or not

A colleague told me a story of when she was introduced by her first name at a hospital meeting while all the male physicians in the room were referred to as “doctor.” I was surprised, but it turns out her story is common. Dr. Shannon Lorimer, a prominent orthopedic surgeon, shared a shocking photo of notes left for her physician’s group in which all male colleagues were referred to as doctor, while the rep used her first name.

“Failure to acknowledge a woman’s hard-earned professional title while men are awarded theirs, even when unintentional, has profound implications and reinforces the perception of women having lower status.”

Overall, I’m glad this has started an important conversation, and it’s been eye-opening to see other perspectives of female colleagues. Being called “doctor” or not doesn’t really bother me much anymore, but only if it’s my choice. 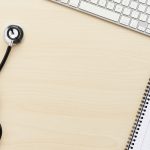 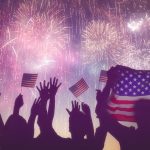