A study published in the Annals of Internal Medicine explored the gender roles of career-oriented academic MDs in the workplace juxtaposed with domestic responsibilities. Dr. Jolly and colleagues hypothesized that by examining a specific cohort of younger physicians, more likely exposed to dual-income households, that there would be few, if any, differences in time spent on nonprofessional activities. The paper titled, “Gender Differences in Time Spent on Parenting and Domestic Responsibilities by High-Achieving Young Physician-Researchers,” is a survey study among 1049 physicians with a current affiliation to a U.S. academic institution and research role. These physicians were selected to participate in the survey based upon recent NIH grant awards of K08 and K23, between the years 2006 to 2009, thus lending to their higher commitment to career and sampling from the generation X pool. The average age of participants was 40.3, similar for women and men, with a range of 33-58. To analyze time spent on work and household they only compiled data from those who were married, or in a domestic partnership, with young children.

Overall, women spent 8.5 more hours per week on domestic and parenting activities than men after adjustments for work hours, spousal employment, and other factors. Men spent 12 hours less on parenting or domestic tasks and 7 hours longer at work per week on average. Women in the study were more likely to have partners who worked full-time at a rate of 85.6 percent compared to men at 44.9 percent. In a dramatic contrast, most men still had a traditional household and were four times more likely to have a spouse or domestic partner who worked part-time or not at all.

The authors discussed that this could potentially be the hindrance to female academic career advancement. Other areas, like patient care time and teaching time were not affected, but research time is the most flexible, thus likely competing with domestic and parenting time. Most certainly, research time will directly affect academic success and achievement. To promote gender equity the authors thoughtfully advocated for more flexible workplace child care services, since the burden of these duties falls unto women. Access to child care resources could free up these high-level professionals to focus more on work and allow less worry and guilt felt by many mothers.

An editorial piece that accompanied the article in the journal titled, “A Woman Physician-Researcher’s Work is Never Done,” held a different argument that “division of time is driven by preferences.” Drs. Cooke and Laine state that the findings of women responding more to childcare issues is simply a matter of choice. Women choose to fulfill their motherly role. This opinion misses the mark on many levels. What about societal influences? And the commonly known mom guilt? Unfortunately, they conclude with a “it’s your fault” and “you need to relax more” stance. They believe that women need to set “realistic” goals and that a “successful life” isn’t about how far a woman gets professionally (measured in grants, papers published, and salary), but rather how well she balances everything.

Women aren’t to blame because the workplace isn’t accommodating. As the workforce prepares for an equal representation of both genders, these domestic obligations need to be addressed. It reminds us of Sheryl Sandberg describing, in her book Lean In, her struggle to find close parking at Google when she was pregnant. She decided to finally ask for maternity parking. She got it and it made her life infinitely better. Dr. Jolly and colleagues research is definitely noteworthy and It’s time for us to start asking for more in healthcare to better balance our needs.

Work-life balance doesn't have to be a myth 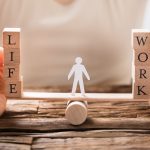 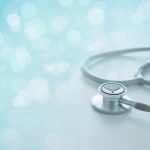 More by Roozehra Khan, DO