When I first started writing and speaking about physician burnout, I focused most of my efforts on the female physician — after all, most of my work stems from personal anecdotes, and I am of course a female physician.  I could probably give a talk about women physicians and burnout in my sleep at this point.

Rightfully so, though, as my work spread to wider audiences, more and more men started responding with comments such as, “What makes you think only moms don’t want to miss their kids’ soccer games?,” “Do you think I want to spend 80 hours a week in the hospital?,” or “This health care environment is soul-crushing for all of us, male or female.”  I also started getting lots of emails from spouses of male physicians, expressing that they were seeing signs of burnout in their husbands, and not knowing how to broach the subject.

Honestly, it’s not that I didn’t recognize that male physicians were also experiencing burnout; my husband is a surgeon, and so many of our close friends and family are male physicians.  I ’ve witnessed varying degrees of burnout among many of them and among my male colleagues, but have always been hesitant to write about it, for fear of overstepping boundaries.

In March 2018, I did a set of talks about physician burnout and wellness at the White Coat Investor conference.   After my talks, I was surprised to see that I actually had more male physicians than female physicians pull me aside or email me to talk about their experiences/sentiments.   Since then, I’ve put quite a bit of time towards thinking about male physician burnout in particular.  Putting aside my imposter syndrome as well as noting that some of this is based on anecdotes and not large-scale studies, I wanted to share some thoughts/conclusions:

1. Many of the leading factors of burnout are similar amongst males and female physicians, but some tend to be emphasized more.  Physician burnout is by no means a gender-specific phenomenon.  We all struggle with work-life balance, the pressure to do more with less, loss of autonomy, student debt, issues with patient satisfaction scores, compassion fatigue, the changing health care landscape, and uncertainty about the future.  Interestingly, though, I find that men are more likely to start out their conversations about burnout by emphasizing loss of autonomy and uncertainty about the future.

2. Female and male physicians differ statistically in their home demographics and societally, in their traditional gender roles (trust me, I don’t agree with these traditional roles, but they do play into many people’s personal situations).  Male physicians are statistically more likely to be the primary breadwinner,  and combined with societal factors, often feel limited in their ability to explore less traditional routes through clinical medicine or work part-time.  If you follow the Physician Side Gigs Facebook group, you know I don’t think that has to be the case, but certainly, many males who I’ve spoken to feel this is a hurdle to having the life in medicine that they want.

3. Male physicians are more hesitant to openly talk about or admit to burnout, and therefore are more likely to suffer in silence.  Women tend to talk, commiserate, etc.  It’s what we do, and though we still have a ways to go, we’ve made a lot of headway recently with the stigma associated with it among groups of female physicians.  There aren’t as many outlets for male physicians at this time, and therefore most of their support comes from one on one interactions with good friends or significant others, rather than in a group setting.  Thus, they are less likely to get the feedback that they are not alone.

4. Male burnout and female burnout rates aren’t as different as social media may make it seem.   The only age group where there is a noticeable difference in reported burnout rates is at ages 45 and under, and that is likely attributed to the additional stressors of childbearing/the “mental load” among this demographic of female physicians.  I suspect this gap will start to narrow as millennials enter the field.

5. More male physicians commit suicide than female physicians.  According to this article in the Washington Post, for every female physician on the suicide registry, there are seven men.  Obviously, scientific research in this area is difficult, as many cases are not reported, but these numbers are concerning, and point to a real need for targeted intervention.

Overall, the points I want to emphasize here are that physician burnout isn’t a gender-specific problem, and that male physician burnout in particular probably needs more attention.  Ideally, some of it would be framed in a way that fosters discussion of specific demographic concerns.

Of course (warning, soapbox alert), gender aside, we need to be doing more to address physician burnout in ways that are actually meaningful.  This starts on both local and national levels, and includes the ability to get help without fear of professional consequences.  Physician burnout has statistically significant consequences not only for physicians, but for patients and the health care environment as a whole.  Let’s do better. 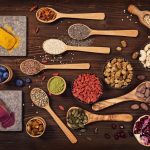 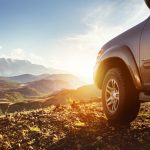 Burnout in the male physician
8 comments