An excerpt from The Choice: Medicine vs. Nursing.

An extensive amount of data now exists in the science of choice.  Social researchers such as David Kahneman and Dan Ariely have conducted numerous experiments which suggest a number of ways in which humans are led astray when making choices.  An understanding some of these pitfalls is critical as you embark on the process of deciding between medicine and nursing.

Prospect theory is one of the most well-known explanations of how we evaluate options and make decisions.  Gaining and losing are not weighted equally in our minds.  Gaining something makes us happier only to a certain point, and then the effect of gain lessens. By contrast, losing something generates negative feelings to a far greater degree than gaining something creates positive feelings.  The dividing line between what is gain and what is loss, and our tolerance for both, is different for every person and every situation.

Loss is a more powerful motivator than gain.  This is one of the most potent instincts humans have.  We are wired to react much more negatively to having lost something than to never having gained it.  This concept is particularly important for the purposes of this book, because the loss of choice that results from having made a choice can be very painful.  If I decide to have a child, let’s say, the loss of the possibility of going out to dinner or a movie whenever I want is painful, even if I never choose to go to the movies or dinner.  The loss of the option is what hurts.  If I decide to marry X, I’ve closed the door on a potential better fit in an unknown Y — even if I never meet Y.

If you decide definitively on medicine, you might not feel that you have gained the commitment to a great career but that you’ve lost the possibility of family, leisure, and care-free weekends.  Even if you don’t have a family yet, and even if your assumptions about the lifestyle of doctors are wrong.  If you decide to major in nursing as an undergraduate, rather than feeling that you’ve gained a steady, fulfilling, and well-paid career you might feel you’ve lost the possibility of becoming a doctor.  Even if you don’t really want to be a doctor.

Beware of “keeping your options open”

Having a whole bunch of options is not necessarily a good thing.  Having loss as a motivator is actually a luxury.  If you had no choice, you’d not experience a loss of options.  Too many choices tends to paralyze people.  Let’s take a look at a quote from one of my readers.

If you feel passionate about or like multiple fields equally (i.e., anesthesiology, cardiology, heme/onc) and both nursing and medicine seem to fit well with multiple specialties more or less equally, how would you decide?

This poor student is not only trying to decide between medicine and nursing, but about what specialty to choose within each!  It turns out that a large array of options can discourage people from actually deciding because it increases the effort involved in making the choice.  Too many choices tends to paralyze people. One way people try to get around this is to get someone else to make the decision for them. For example, when my husband decides to buy something, he likes to comparison shop online.  This process often takes weeks because there are so many options.  Eventually, he will throw up his hands and say “whatever you think, honey.”

Another way people compensate when confronted with too much choice is they decide not to decide by choosing the option that closes the least amount of doors (prospect theory).  Here is another example of a reader questioning his decisions:

As I am in school completing my pre-requisites for the nursing program, I have a strong desire to become a physician, specifically a DO.  I am thinking about becoming a doctor maybe after I work a few years as an RN and after I pursue my music career endeavors.

Making the choice to do nursing “while I decide if I want to be a doctor” is not really a choice at all.  It does a disservice to the field of professional nursing for one thing.  Nursing is not “medicine lite.”  The quote demonstrates this student’s desperate attempt to avoid the loss of options.  Paradoxically, this choice which is not a choice will actually diminish the student’s enjoyment of the real choice he finally makes.  His commitment to and enjoyment of the field he chooses will be diminished as he looks over the fence at the roads not taken.

Knowing what you want is influenced by the relationships you have with the present, future, and past.  Knowing what you want means being able to anticipate in the now how you will feel in the future if you choose different options based on your experience in the past.  Food shopping is the classic example of this.  When you go to the store you buy a food now that you predict you will like when you eat it later because you’ve had the same or a similar food in the past.  Kent Greenfield, in his book The Myth of Choice, puts it this way:

This is unfortunate because, while it’s easy to predict the future when it comes to lunch, it is a bit different when we are trying to predict how we will feel about a decision that will affect us ten years from now.

Shirie Leng, a former nurse, is an anesthesiologist who blogs at medicine for real and is the author of The Choice: Medicine vs. Nursing. 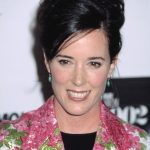 Why more physicians should enter industry 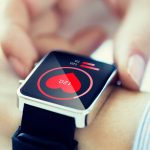 The choice between medicine and nursing
3 comments