These recent weeks have been hard for me, and I suspect for a lot of other people as well. Not because I spent it in a board review course listening to lectures for 12 hours a day, and not because I drank enough coffee to practically burn a hole in my stomach, but because the world lost two amazing people all too soon.

I didn’t know either Kate Spade or Anthony Bourdain personally, but admired both from a distance. Kate Spade’s bags evoked happiness with their playful whimsy and bright colors. As a medical student and resident, they remained out of my price range, but I’d like to think that as the founder of the brand, she evoked the same feelings in those around her. I’d like to think of her as someone who took risks and wasn’t afraid of being bold. Years ago, one of my friends gave me a Kate Spade glasses case, and to this day, the bright colors bring a smile to my face.

Anthony Bourdain was someone I first heard of as an over-eager high-schooler in the early 2000’s when I first started exploring the restaurant scene in NYC. I was thankful for the honesty in his book about his struggles to establish himself while remaining genuine to who he was as a person. In doing so, he became more than just a celebrity chef. He was a self-proclaimed “bad boy” who used his platform to show how food is a way to understand different people and cultures. He was also one of my first celebrity run-ins. One day, when I was taking pictures of flowers on the High Line, a beautiful elevated park in NYC, he and I literally collided. He was being followed by a camera crew, but before I was able to compose myself, get over being star-struck and say hello, he had disappeared, just as quickly as he appeared.

These two suicides have made abundantly clear the irony of our era: While we have access to social media and instant messaging, often our public personas don’t match our private realities. We hold on to classmates, former bosses, exes and travel buddies, but often don’t have people who can hug us when we’re having a bad day. According to the CDC, suicide rates have been rising in nearly every state, across every demographic and socioeconomic status, making suicide now the tenth leading cause of death overall. Suicides are the second leading cause of death for all young adults from age 10 to 35. What’s even more staggering is that more than half of all people who committed suicide did NOT have a known mental health condition at the time of suicide.

It is no surprise then that these two deaths have made me look closer at my own practice habits. The depression screenings that we do routinely are more than merely boxes to check; they can be cries for help. Suicide prevention is an area of public health that requires cooperation between the multiple parts of society — the government, community resources, and healthcare providers. That being said, sometimes the best thing we can do as physicians is to look up from clicking boxes and listen. Really listen. And breathe. And tell others around us to do the same. I hope that Kate and Tony found a peace in death that they couldn’t find in life.

The choice between medicine and nursing 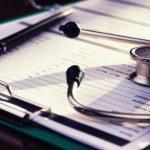 Celebrity suicides make the irony of our era clear
4 comments