It was 5:45 in the morning on a Monday after a full weekend of call. Thoroughly exhausted, I shuffled into the elevator and was met by the stench of stale clothing mixed with cigarette smoke. A painfully thin teenager exited, looking lost. I allowed him to wander out, grateful to be spared his odor. I was apathetic, overtaken by a weariness I vowed as a medical student never to have.

Morning rounds passed without incident. All our CABG patients were more or less stable. I collected each patient’s overnight events, vital signs, laboratory values, daily chest X-ray, EKG, fluid balance and wound status. With my attending’s blessings, I titrated their blood pressure drips to protect their blood vessels, kept them sedated and paralyzed if they were mechanically ventilated, fed them benzodiazepines if they were alcoholics and added or subtracted tubes and lines as needed. Eager for a post-rounds lull, I sank into a chair in the cardiac care unit and opened my email. Because I was still around, a nurse asked me to renew some orders for electronic housekeeping. Then the pager rang with a consult, and my lull was over.

The consult was for Roy, an elderly gentleman with a history of a recent valve replacement who needed to be on anticoagulation. He was being followed regularly at his Coumadin clinic, where his INR was checked biweekly and blood thinner dose adjusted appropriately.

According to the primary team, the lab called his cell phone and instructed him to come to the hospital immediately for an INR level of 17. On questioning him, they found that he had been taking twice the prescribed dose of Coumadin.

I went to the patient’s room to do a full history and physical exam. Roy was a 78-year-old gentleman with scraggly hair and pockmarked skin. He was probably five-foot-seven, but his stoop cut him three inches. The only part of his body that suggested any reserve was a small, round belly. He was the kind of person I would pass on Broad Street without noticing. But just like the CABG patients I looked over so meticulously each morning in the unit, this man was once equally carefully looked after in his immediate postoperative period. Now he was back at home with a chronic pericardial effusion, failed kidneys, and an INR that could cause him to spontaneously bleed from any vessel or orifice at any moment. I asked him why he doubled up on his Coumadin dose. The question made him suddenly energized, and he angrily replied that he takes all his medications twice daily, so why should coumadin be any different?

After my assessment, I called the attending. And we reviewed his echocardiogram. He had a loculated pericardial effusion, stable in size over the past few months. The fluid around his heart was sticky, which meant that effective drainage would be extremely risky. We revisited him at dialysis that same afternoon to complete the consult. He was sleeping restfully in the corner, paying no attention to the whir of the dialysis machine or the Married… with Children rerun playing on his mini television.

The attending put his hand gently on Roy’s shoulder to say hello. After several nudges the patient awoke, grunting. His breathing was labored. His blood pressure and oxygen saturation were borderline acceptable, his heart barely tolerating the fluid being drawn off. My attending knew the patient well and, other than the high INR, was not fathomed by his current state. “Doc, I can’t go on like this,” Roy said. “My lady, she’s 70, she can’t keep running after me. She’s tired. I can’t put her through this. And we got a 6-year-old to get to school every morning. You gotta do something.”

In that moment, Roy transformed in my eyes from an old man on the street to some kind of selfless hero. Despite his tenuous health, he was not thinking of his own well-being. In his mind, he was running on empty not because the sticky fluid in his heart bag was preventing it from pumping, but because he was a burden on his family. He was sick of tiring his wife, not sick of his heart and kidneys tiring him. In that moment, the senselessness of his Coumadin overdose melted away, and he was wise and kind. Ignorant of things that I knew all about — Coumadin dosing, target INR, how to correct a supratherapeutic INR, how to manage simple and loculated effusions — but far beyond me in things that matter in life’s bigger picture. Nurturing relationships, fulfilling duties, making personal sacrifices and that in the face of extreme physical limitations — as a young resident, those are things I knew less about.

Life as a doctor is selfless and selfish at the same time. You are selfless for your patients and your team, but you are selfish in the face of life outside the hospital. Every effort requires a sacrifice. And by definition, the act of giving to one cause means taking away from another. The taking away is often from outside the hospital, including sleep, sunshine, recreation and, most importantly, loved ones.
What gives me hope in the face of sacrifice is the knowledge that even when we think our heart cannot possibly expand to encompass everyone and everything in front of us, it can. Yes, there may be fluid around it. The fluid might even be sticky, too sticky to get rid of. The heart can accept this and make room to expand.

It can make room, if we let it. 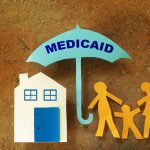 Health misinformation in the news: Where does it start? 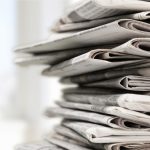