According to the NASEM report, half of women medical students experience sexual harassment before they start their careers as physicians. The numbers are even higher for people belonging to minority groups. This harassment is generally overlooked and tolerated, and as injurious as it can be, these women often have to suck it up, keep it moving, and accept it as “part of the process”. At what point will we as physicians collectively decide that this is not OK?

During the dawn of the #MeToo movement, I was living my best Xennial life as a bright-eyed public health professional in NYC, an experience that made me an insatiable consumer of news media. As such, I read voraciously as article after article came out detailing this new reckoning. One by one, powerful and seemingly untouchable men were having to answer for years of perpetuating gendered violence. I saw women who looked like me, like Tarana Burke and Shonda Rhimes, leading the charge from #MeToo to #TimesUp. Women were no longer silenced in their trauma, but united together, and I was proud to bear witness. However, at that time, I was still unaware of the movement’s significance to my chosen field of medicine.

As a first-year student and member of the inaugural class of the Women’s Leadership Development Program at my school, I attended a lecture given by Dr. Esther Choo. In that lecture, I learned that sexual harassment was pervasive in medicine, and that many women who reported it were silenced, subjected to retaliation, and even forced out of their jobs. I also learned that women physicians are systematically paid less, subject to gendered bias in their evaluations, promoted less often, and less likely to hold major leadership positions or be nominated for awards. I was floored. The weight of it was heavy – the idea that my fellow women students and I would face these realities was a hard pill to swallow. But for me, it came with a renewed sense of purpose and a strong desire to help fix this aspect of our flawed system.

Two years later, when Dr. Choo invited me to become a founding member of an organization that aims to address these issues head-on by promoting safe, dignified, and equitable workplaces in healthcare, I experienced a range of emotions.  The first was obviously sheer, unbridled excitement. Second, I felt a combination of bewilderment and insecurity. The Imposter had come to rear its ugly head once again. Why me? I knew there were other brilliant, accomplished women medical students that were already doing the work of calling out gender-based inequity and injustice in our field. However, I knew that part of me was looking for reasons why I was not good enough, as women often do, and I was instead resigned to sincere gratitude for her ability to recognize my potential to meaningfully contribute to the group.  The last emotion was fear. I was afraid because I had seen how many men and women had denigrated the #MeToo movement, denied the truth-telling of victims, and attempted to silence or vilify those who had chosen to speak up. I did not want to feel invalidated or be retaliated against for speaking the truth.

Looking for advice, I confided in an old friend that I trusted to be honest with me. I expressed my hesitation as well as my excitement and gratitude. His reply? “Don’t do it. It’s a witch hunt. People will walk on eggshells around you; if I knew you were a part of it, I wouldn’t want to work with you.” Hearing that response was deflating at best. I knew it was possible that I could encounter backlash on account of my involvement, but I did not expect him to characterize it that frankly. I also knew that I was uniquely vulnerable as a student – without years of publications, accolades, or leadership in this area to back me up, it might define or even limit my career. However, as Michelle Obama wisely said, “You can’t make decisions based on fear and the possibility of what might happen.” Her story, and the women who created it, were on my side. My initial, visceral reaction of fear is evidence of the emergent necessity for efforts to promote safety, dignity, and equity for women in our field and beyond. No one should be afraid to speak up or fight for these rights. I hope to match at an institution that would view my involvement in the organization as an asset in its commitment to this cause, instead of a “problem.”

As the most junior member of our organization, it is my goal to be a voice of the future of medicine by helping educate and create awareness around gender issues in medicine. I aim to empower young women students and trainees as well as encourage their male counterparts to become allies in recognition and mobilization of their privilege. As a Black woman and Ally, I aim to expand upon the conversation around intersectionality as it pertains to gender and medicine. I also hope that others will see the importance and benefit of this cause and join me. United, our voice is stronger, and as the number of women in health care continues to increase, we will only get louder.

The antiquated, unjust paradigms that prevent women from achieving their full potential in the healthcare field can no longer stand. We stand in solidarity with our interprofessional colleagues in an effort to replace those paradigms with tangible solutions for achieving gender equity. The generation of women healers that came before us forged the path that we now run upon, and we must honor their hard work and sacrifice.

It is OK to be excited. It is OK to be scared. But it is not OK to refuse to stand up for justice.  When called upon, we must fight for what we believe in.

Monique Hedmann is a medical student and founding member, TIME’S UP Healthcare.

The tip of the iatrogenic benzodiazepine iceberg 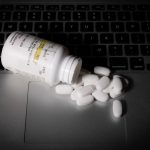 The 4 C's of the disruptive digital health space 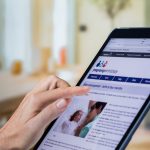