You go to your doctor because you are suffering pain, fatigue, or some equally debilitating ailment. Your doctor examines you and is worried there may be a serious underlying medical reason for your symptoms and orders a test. But, before you can have that test done to determine the cause of your symptoms, the insurance company must agree that you need it in order for them to cover the cost of it.  In our current health care ecosystem, it seems these tests are denied more often than not.

Patients and doctors alike are left to wonder how these medical decisions made by insurance companies are determined. Insurance company executives will tell you they are not making medical decisions but rather coverage determinations. But, when these determinations prevent patients from getting medical care that they need is there really any difference? They often deny medical services as being “not medically necessary” despite the fact that the treating physician felt otherwise, after carefully evaluating and examining the actual patient.

Earlier this month, it has become known that the former medical director of Aetna, Dr. Jay Ken Iinuma, admitted under oath that he sometimes did not look at any medical records when making these determinations. Additionally, when he did review the medical records, he reviewed only portions of them. Three other states besides California (Colorado, Washington, and Connecticut) have begun their own investigations into Aetna, the third-largest health insurer in the U.S.

Why do we need transparency into insurance company business practices?

As doctors, we all know patients who had care denied in spite of the fact that they really needed it. It seems that the more we appeal a decision based on evidence-based medical practice, the less likely it is to be approved. As it is, the insurance companies are not required to follow evidence-based guidelines and often follow the ones they choose, creating their own guidelines with the goal of cost reduction, not clinical outcomes. But, if a decision is made without considering the medical records available, why even bother creating guidelines? Why put it to review when it is likely just going to be denied for financial reasons? What do insurance companies gain by keeping costs down? They increase their profits with their top executives making some of the top salaries of any sector in the US economy, averaging in the tens of millions annually. This represents a direct conflict of interest in those profiting from their medical decisions to be the same ones making them.

While the majority of us suspected insurance companies of sidestepping evidence-based medicine for their own financial gain, this is one of the first cases where it becomes glaringly obvious. Insurance companies conduct their business without any transparency, making decisions without any scrutiny or oversight. They have largely been unaccountable for their actions. They essentially hold a monopoly over patients’ lives and very real harm can result from their behavior. They have built up a large house of control, but they neglected the cards of deceit holding up the foundation. As more knowledge comes to light in the current investigation into Aetna, we should be demanding further transparency from other insurers as well. Insurance companies who have nothing to hide can stand up to this evaluation. But, if their business practices mimic Aetna’s, this may be the beginning of the house of cards tumbling. 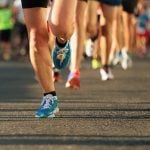 How silence can help us learn from our patients 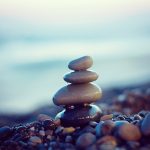