Bruce Wilson, MD, is a hospice doctor and former cardiologist who was diagnosed with pancreatic cancer in February of 2017. In the months that followed, he publicly discussed events as they unfolded on a CaringBridge blog. The irony of the situation was profound: a hospice doctor being handed what some consider a death sentence. A physician who dedicated his career to changing the conversation about end of life care now engaged in open conversation with over 800 people about his own end-of-life decisions.

Bruce — as he insists I call him — agreed to sit with me and answer my soul-searching and self-serving questions. I did not admit to him that my own advance directive is a half-completed archaic form sitting in a safe in my attic. I did tell him that I wanted to pick his brain and share what he has seen from the other side of a terminal diagnosis with an audience of younger physicians.

Bruce himself did not disappoint. A lifelong teacher, he started with a review of the facts. The literature shows, time after time, that doctors are not good at discussing the end of life. I looked up some of the source data on my own. While 97.5 percent of physicians express comfort discussing advance care planning, only 43 percent actually discuss advance directives with appropriate patients (Snyder et al. 2013). Patients with cancer who viewed a video of CPR opted out of CPR 79 percent of the time compared to 51 percent of the time when only hearing a verbal narrative (Volandes et al. 2012). And despite a viral 2011 article titled “How Doctors Die” that suggested physicians “go gently” to their deaths without aggressive interventions, a 2016 study debunked this idea, showing that physicians are hospitalized in the last six months of life just as much as the population at large (Matlock et al. 2016).

After painting a dismal picture of how we, as a profession, fail to address the elephant in the room, Bruce bravely described his own elephant, which he has essentially befriended. He laughed away the idea that he would move through the Kubler Ross stages of grief. “I certainly don’t get anger or denial, nor have I had any bargaining because I think that’s magical and doesn’t apply to me in my world. I have not felt depressed. I get sad about leaving my family and what that means to them … my grandchildren will never know me … I’m not surprised by death because I think and talk about these things all the time. What’s surprising is that people don’t talk about these things more.”

Still, I could not accept Bruce’s acceptance. He was so calm, so resolute. I get completely flustered when I forget the bananas and have to double back at the grocery store. But here was a man who realistically has less than six months to live, talking very practically about leaving the water heater contact information for his wife. Where was the last minute panic? The rush to check items off the bucket list? The contemplation of universal truths?

As it turns out, dying well is a marathon and not a mad dash. Bruce says he did the “lifelong work of making sure the table is set” by having open conversations with his wife and children about all topics, not just death. He worried less about work-life balance than about having a career filled with meaning, so he doesn’t have regrets about bucket items left undone. He measured success by the enjoyment of a nightly glass of bourbon, usually surrounded by friends and family.

Also, he practices radical realism with those close to him — infused with a healthy dose of humor. He calls things what they are, without embellishments. When I asked him what strange things people have said to him since his diagnosis, he answered: “People say ‘This must be so surreal.’ No, this is very real. It’s hyper-real.” Bruce is realistic in all things, and it strikes me that maybe a realistic view of death is not desperate, or frightened, or panicked. Perhaps things like regret and disappointment come from a fundamental disconnection from reality.

My son is six years old, and just a year ago I could scare him with made up stories. Now he rolls his eyes at me: “Not real, mom.” I don’t want him to be afraid of things that aren’t real. But how do I teach him about the real and scary things I see in our world? People who abuse power. The destruction of our planet. Making an irreversible mistake that hurts someone. Losing love. I’m sure Bruce would tell me death does not belong on this list. After talking with him, I wanted to drink that Kool-Aid — spiked with bourbon — but like so many physicians who have come before me, I couldn’t quite shake my sense of unease when talking about death.

As a result, Bruce’s calm resolve continued to plague me. It took me two weeks of reflecting on our conversation to realize that his end of life pragmatism was not an obscenely anticlimactic plot twist, but rather a fitting refrain. As in music, a motif in life is recognizable, significant and carefully crafted. It is played at different rhythms and pitch but always references the theme. Though it may change — must change — from the beginning to the end, it is satisfying to hear, in part because it is predictable and planned. Bruce has been preaching end-of-life sensibility for decades, saying “choosing how to die is actually about choosing how to live.” Why would that change now?

Dr. Bruce Wilson celebrated his last birthday this month. Those of us who know him are holding our loved ones, and our glasses of bourbon, a little tighter in his honor. As for me, I’ll continue my existential quest, but this year with a little more realism and a little less fear.

Shola Vaughn is a dermatology resident who blogs at SholaMD.com.

"Learning to Code" from Medicine the Musical 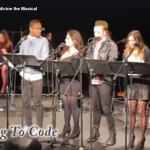 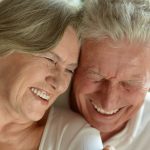