A patient with chronic pain and a physician walk into an exam room. This could be the set-up for a punchline, but in our current medical climate, it’s more often the first step in an elaborate dance that leaves both parties feeling frustrated, belittled, and ignored. Often, this is a first-time appointment rather than an established therapeutic relationship.

From the patient’s perspective, here’s what happens:

They’ve been putting off this visit for weeks, dreading it, after bad experiences with doctors who openly expressed disbelief about their pain. They’re nervously fidgeting in their chair when he walks in.

“Hi, I’m Dr. Bigshotte. What brings you in today?” Dr. Bigshotte sounds hurried. He logs in to the computer as he starts talking. As soon as he sees the notes on the patient, his face changes; he seems annoyed.

“It looks like your pain is chronic,” Dr. Bigshotte interrupts. “How much oxy are you taking?”

“I’m asking how much you’re taking in a day. Four tabs? Five?”

“Usually three at night, but —”

“I need to know how much you’re taking in a day.” Dr. Bigshotte looks even more annoyed.

The patient gives up trying to explain how their pain fluctuates over the course of a day or week, how they know which activities exacerbate it and when they’ll need more medication, what bargains they make with themselves to get through major events on top of their daily work. “Forty.”

“I’m worried about that.” Dr. Bigshotte leans back from the computer, crossing his arms. “Do you understand how big the respiratory risk is with these drugs?”

As if doctors haven’t been harping on that for years. “I —”

The patient is close to tears at this point. The pain is already controlling their lives. It’s there when they wake up, when they go to sleep, when they awaken in the night, at birthday parties and dinners out, at their desk. Pain is always on their mind. In the face of their doctor’s apparent disbelief and hostility, they feel hopeless, blamed for their pain, and resentful of their doctor’s paternalism. They know the risks, but they need to be able to live their life.

From the doctor’s perspective, here’s how that conversation goes:

Dr. Hardwork is in the middle of a busy clinic day. He’s hoping to wrap up his next few appointments quickly, so he has time to chart during his lunch. Because of the chaos of the clinic, he ends up in the exam room having only heard “headaches or something.”

When he sits down with the patient, logging in, so the old computer has time to load, he notices that the patient looks disheveled and anxious. Is this patient homeless? A drug abuser? Mentally ill?

As the slow computer continues to load, the patient begins. “Well, my pain —”

A host of memories come to mind: emergency rooms, inpatient services, clinic rooms. Some of the patients who have started with these words have escalated to shouting, verbal abuse, even physical threats. Doctors have been attacked for refusing to prescribe opioids. There is a huge problem with opioid trafficking in this doctor’s area.

At the same time, the problem list has loaded. The doctor can see that the problem list is long, complicated, and includes functional disorders; it is a classic list for a “difficult” patient.

“It looks like your pain is chronic,” says Dr. Hardwork. There is a trail of old prescriptions in the record. “How much oxy are you taking?”

The patient won’t answer the question directly. Dr. Hardwork has to push to get an estimate, and his heart sinks. Forty milligrams of oxycodone a day is a lot. It’s enough to develop dependence; it’s enough to sell; it’s enough to save up and commit suicide with. Good people can spiral into addiction without meaning to, without even noticing.

The doctor has seen patients die of respiratory depression due to opioids. Heroin, sure, but also ODs on prescription medications. He’s lost long-time patients. Those deaths weigh heavy, even years later, and unfortunately the recent ones haven’t been that long.

“I’m worried about that.” Dr. Hardwork tries to impress upon the patient — who has probably never watched someone die from an OD —the gravity of the risk. The patient seems impervious, focused on getting their meds, fidgety.

He doesn’t want to see another patient die like that.

He leaves the visit frustrated, angry that patients seem to care more about transient pain relief than living, burned and suspicious from patients who had good stories and seemed genuine but went on to sell the drugs or turn up at multiple emergency departments across the state with similar stories.

No one is happy. The patient considers turning to black-market opioids, including heroin, or suicide. The doctor considers quitting medicine, retiring early. No one wins, and the conversation doesn’t change. Insurance rarely covers alternative pain management strategies, and those don’t work well. Integrated pain clinics are few and far between. Primary care doctors don’t have many tools to manage chronic pain, and those they do have pose very real health risks.

If there is a solution, it’s not going to be easy, and it’s not going to be cheap. Cutting off all opioid prescriptions (or making them so difficult to access that patients give up on legal means) isn’t the answer. Neither is prescribing them without close consideration. We have to commit, as a country, to finding an answer — to working with both chronic pain patients and their doctors in good faith, to find solutions that both can accept. Because the therapeutic relationship should not be this adversarial. It keeps patients from being open with their doctors, and it’s against everything that brings doctors joy in medicine. 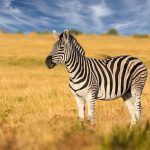 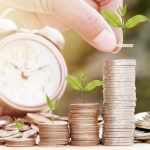