As an oncologist, I want to provide the best treatment for everyone. That should mean the best chance at a long-lasting remission, if not cure. Whatever that might take. Surgery, chemotherapy, radiation therapy — a dark tunnel that I hope patients will enter and then exit, with the sun shining on the other side. But, every now and then, I have a patient who chooses not to pursue the regimen that I think will bring them the best chances. Looking back, I remember such was the case with a woman who sticks out in my own mind. Let’s call her Rachel*.

I met Rachel as a second opinion — referred to me for discussion about next steps. She was African-American and 90 years old, though looked 30 years younger. She lived by herself and was very much independent. She had been married, but her husband had died of a heart condition decades earlier. She had raised three children, and was now a proud grandmother and great-grandmother.

She had been doing well until eight months earlier when she developed a cough. When it progressed to involve severe shortness of breath she had made her way to the walk-in clinic and was told she had a large fluid build-up around her lung — a pleural effusion. A tap followed, which showed cancer, and then a CT scan, which showed a mass in her ovary and abdominal tumors — carcinomatosis. By then she could barely walk due to the shortness of breath. Primary chemotherapy followed, and after three months she had recovered back to her usual self: independent and asymptomatic. Her doctors had told her she required surgery to treat the cancer, and then more chemotherapy. She had balked at the recommendation — she felt fine. Hence, this visit with me.

I spoke with her about her diagnosis — presumed Mullerian cancer, probably from the ovary or uterus originally — and that if she had wanted a “cure” — any chance of it — she should undergo the surgery and more chemotherapy. “I think the chances you can live out the rest of your life and not worry about this cancer are pretty good — if you go through this approach. See, we cannot cure ovarian cancer with medicines.”

She paused after I spoke, and then looked at me.

“Dr. Dizon, we all have to die some time. I am 90 years old. My husband is gone, and my kids have their own lives. It makes me so proud to see them as adults, to have their own families, and their own grandchildren. It’s a sense of pride, of something that I’ve accomplished, and even after I am gone, I will have left my mark on this world, through them.”

As she spoke, I got the sense that she did not want to go through the treatments that I and her other doctors had laid out for her.

“Rachel, you are doing so well, and talking with you, it’s so clear that you still very much enjoy your life. I think we can give you more of this with treatment. We can even give you a chance at cure, so that you don’t die of this.”

She smirked at that. “Doc, no matter how it happens, I’ll still be dead. The way I see it, it’s about whether or not you’re ready. And right here, right now, hearing you speak of my options, I think I am. I am ready for the future — and I am not afraid that I might not be here.”

I was struck by her calmness, and how she spoke so eloquently about living with cancer — and dying of it.

“Rachel, can I ask — what are your goals, then? How would you prefer to live?”

She thought for a moment and then spoke.

“I want to live like I am right now. Independent and able to make my own meals, tend to myself, tend to my garden, and enjoy my family. After getting so sick, it’s a miracle I was able to come back to where I am. My goal, Dr. Dizon, is for a good life, no matter how long or short, and if some sort of chemotherapy can be given to keep me right where I am, without having to think about an extensive surgery, then that’s what I am leaning towards.”

“From what you said, there is no guarantee of that. Even after the surgery and more of the same chemotherapy, I might still recur and still die of the cancer, right? Well, if that’s the case, let me live for however long from this day forward, without a cure, but on my own.”

We talked some more after that — symptoms of progression, how women usually die of ovarian cancer — and then she got up to leave.

”Thank you for your time, Dr. Dizon,” she said. “I feel better knowing what that road will look like, and in a sense, I am more at peace now.”

As she left the room, I realized that we as doctors have a responsibility to outline options and, yes, to make the best recommendations we can. But, at the end of the day, only one person walks in the shoes of a patient with cancer — and in this case, she walked out of the exam room, fully embracing the life she was leading right here and right now. Her goal was to live for today, and her preferences were to maintain the status quo. 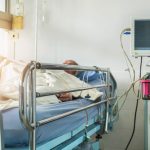 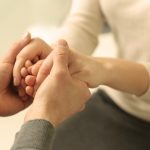 Doctors have a responsibility to outline options. Patients make the final decision.
2 comments