Three days ago, a hungry, homeless man was given a bag of food by a volunteer who shows up daily to distribute food to the hungry. Three days ago, a wealthy woman wrote a large check to the organization that supplies the bags of food.

Every day, a parent brings a sick baby into the pediatrician’s office. A pediatrician sees how sick a baby is, and sends the child to be admitted to the hospital. Every day, a hospitalist assumes care for a sick child and sees to it that appropriate care is given.

A woman who wrote a check to an organization running food delivery trucks believes that the government is not doing nearly enough to feed the hungry. She believes that taxes need to be higher, that the SNAP program is too small, and that the government should be funding the food delivery truck. The two argue on Facebook and on Twitter. When speaking with like-minded friends, they ridicule the other. There is name-calling and disdain.

A pediatrician believes strongly that we need government to get out of health care. He spends his days jumping through hoops to get needed care approved for his patients. He spends hours clicking boxes and filling out government-mandated forms that takes time away from his patients. He is sick of the bureaucracy that is inefficient and that he feels costs patients their health and at times their lives and makes practicing medicine near impossible.

A hospitalist cannot understand why we haven’t yet gone to single-payer government-sponsored health care. She rolls her eyes at the arbitrariness of the admission criteria used by the various insurance companies and can’t believe the time she wastes jumping through the seemingly random and wildly diverging hoops of each coverage provider. She sees so many people without insurance who leave the hospital with bills that will cost the patients their homes. The two argue all the time. Each cannot understand how the other can be so stupid and naive, and they say so.

Early yesterday morning, women on extreme opposite ends of the political spectrum, who argue with one another and are at times unkind to one another came together in the blink of an eye when they heard that one of their children was lost. They posted the child’s picture. They asked for updates. They rejoiced when the child was found safe.

In the week preceding Saturday’s game, the big political discussion on campus was, “Wait — so do we boo the military?” The consensus was an overwhelming, “Of course not.” Although there were a few scattered boos early in the game (which stood out sorely), and an occasional loud disagreement with a referee’s call, not a single person trash-talked the visiting team’s fans.

A man in a food truck who hates big government and a woman with a checkbook who wants bigger government programs, who have used some very ugly words towards each other, together enabled a hungry group of people to eat.

Two doctors who have polar opposite views of how health care should be paid for and administered, who frequently are angry at and resent each other, worked together to heal a sick baby.

There are some absolutes. We look for one another’s lost, children. We respect the people who dedicate their lives to protecting our country. We feed the hungry. We work together to save a life.

Yes, some people are assholes. But most people aren’t. We pretty much all have the same end-goals, but disagree on how to reach them. When people have real people in distress in front of them, most people will do the right thing.

The answers to our problems are complex. They’re nuanced. There are no perfect solutions.

But when push comes to shove, with all the bitter division and partisanship and “other”-fying so prominent in our country’s current landscape, in so many instances we’re doing what needs to be done. We are able, at times, to forget the name-calling and trash-talking. We’re able to put aside the insults. We can see one another’s humanity. We notice the few jerks and glare them down.

I have not lost hope. A child is found. There is respect in a college town’s stadium full of rabid fans. A hungry person is fed. A sick child is cared for. And so it will be.

Health care reform: America really is different from most other countries 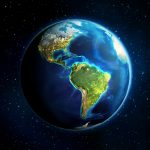 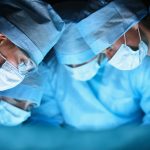