The debate about the future of health care rages stronger than ever. As someone who grew up and trained in a country with probably the most centrally controlled medical system in the world—the United Kingdom with her NHS—my views have admittedly done a 180 over the last decade. I am no longer as strong a believer in socialized health care as I once was, and actually believe the future for America lies somewhere between the extremes, with a potential hybrid-type system, as I wrote about.

Unthinkable as it was only a decade ago, the current mainstream political discourse appears to include serious consideration of a single-payer system. The momentum may eventually become unstoppable, whether one agrees with this in principle or not (and there are many forms such a universal access system could take). In the passionate and often heated debate, those who are more gung-ho about a European-style government controlled health care system, frequently use the line: “But every other developed country in the world has socialized medicine, why can’t America?”

There may indeed be a lot of merit in that argument, but there are also a lot of problems.

Let’s start off with the counter-argument: But America is different from every other developed country in the world. Put quite simply, and speaking as someone who has traveled the globe (and it must be immediately obvious to anyone else who has done so), Americans and their collective psyche are quite unlike any other society. Much of this likely goes back to the founding of the republic itself, and the unique character of the nation. Founded on anti-authority and rebelliousness, Americans rightly or wrongly have a centuries-old deep-rooted suspicion of government and centralized control. A unique focus on individualism and self-reliance is also inherently ingrained in the culture, that doesn’t quite gel with the concept of socialized anything.

Many of the health care systems that exist in European countries, sprung up from the ruins World War 2 — a situation that fortunately did not apply to the American homeland. Today, America is probably the most consumer-oriented society in the world, with the typical societal expectations of choice and freedom that come with a free market economy. From what I’ve experienced during my time in the States, many Americans simply wouldn’t put up with the restrictions and paternalism that are inherent in a socialized health care system. I remember one of the things that first struck me when I started working in the United States, aside from the patient-centered nature of the health care, was the uniquely American mentality of wanting to do everything possible and basically “throwing the kitchen sink” at any clinical scenario, never wanting to give up. I’d never seen that before. Of course, one could argue the outrageous unsustainable costs and futility of having this attitude, but on a human level, there’s something to be admired about this too.

It’s been said before that America, being a nation of immigrants, is blessed with a peculiar gene pool, the majority having descended from ancestors who had the “ambitious adventure gene.” People who upped and left, often at great risk, in search of a better future.

Despite the setbacks along the way and the transient daily politics, America still holds a special place in the global consciousness. Everyone knows what’s happening in America, and the country’s tumultuous ongoing story captivates billions around the world.

Americans today may not fully appreciate this, but go to any country in the world — and the embassy with the most people lining up outside trying to get a visa, is invariably the embassy of the United States.

So yes, American health care has its fair share of problems and challenges to overcome. We need to do better to expand access and reduce costs. There’s enormous work to do. But in answer to that question about why every other Western developed country can do universal health care, but America can’t.  My answer is always: No other country is like America, and Americans are unlike any other group of people the world has ever seen. 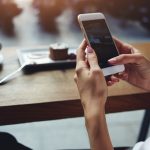 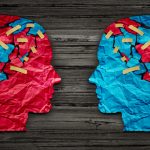 Health care reform: America really is different from most other countries
1 comments