As the kids say, it’s complicated. Practicing physicians are seeing an ever increasing list of protocols and pathways coming their way. These arrive in several forms — order sets for medications, guidelines in how to proceed for various conditions, when to do this, when to do that, and when not to do either one. They generally are the product of various committees trying to synthesize what these days we call “best practices.” I have no doubt these aids are useful. They can focus the mind, streamline care and reduce medical costs. They also have the potential to improve care on average.

Checklists, one form of the phenomenon, have been shown to make care safer for several things. The model is simple, following what airline pilots do. If you’ve ever glanced to your left as you filed onto an airplane you’ve seen the pilots methodically going over a series of lists as they prepare for takeoff. Nothing is assumed to be correct and functional until it’s been checked. The practice of anesthesiology in particular has been made safer by the concept; everything is checked and confirmed to be ready and in place. Nowadays we even make sure we’ve got the correct patient by checking the identification band on the person’s wrist. Surgeons verify and mark in advance the spot where they’re going to cut. A popular recent book by Atul Gawande is all about medical checklists.

Treatment pathways are not as clear-cut as checklists. We have several of them in the PICU — for asthma and bronchiolitis, for example. My colleagues in adult practice have many more. There is, of course, an obvious danger in these things. Although they can help streamline and standardize care according to best practices, medical cannot be practiced well strictly using cookbook lists — every patient differs, sometimes by a lot. The longer I practice, now over 35 years, the more I appreciate this fact.

What set me thinking about all this was the publication in the New England Journal of Medicine of an article analyzing the effect of sepsis pathways on patient outcomes in septic shock. Essentially it’s a cascade of complications usually initiated by invading bacteria. Sepsis pathways have become a big thing. They have done some good, I think, by focusing on doing the few things we know help early in the disorder. Mainly they make us think of possible sepsis before it’s obvious, and early treatment improves outcomes. But this careful analysis showed good clinical judgment was just as good as predetermined cookbook measures on a sepsis pathway list. Not surprisingly, strict use of the cookbook bundle was much more costly than were tests and treatments driven by experienced judgment. I’m not surprised at all.

I think pathways are particularly helpful for young physicians and residents. Experience is a great teacher, but all of us have to start somewhere.  Pathways and guidelines jump start learning, remind us of what’s known, and focus our minds on what to do. But a pathway in the hands of someone who doesn’t know enough is dangerous, providing confidence where there should be a measure of anxiety.

A medical student is diagnosed with cancer. Here is his story. 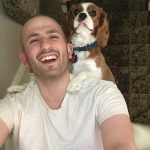 Find the right doctor for you: Here's what to look for 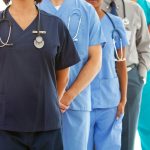