In response to recent national events, I have often reflected on privilege — what it means, and what I should do about it. Privilege is the freedom to have an advantage without the guilt of knowing that you have it, and not knowing that it is unfair. It is the freedom to say and do things that others cannot. Admittedly, I am male, which comes with certain privilege. I am a physician, which has brought economic blessings and has opened doors for my family and me. I am a full professor, which also comes with additional privilege. I am also Latino, and although there is not a lot of privilege associated with being Latino, I could not imagine being anything else. But this article is not about those privileges; it is about those that are seemingly unattainable to me.

Unfortunately, climbing the social ladder with education and professional vocations does not necessarily confer privilege. Many underrepresented minority in medicine (URMM) faculty in academia, either consciously or unconsciously, have sought to obtain privilege without success. However, the stories behind those struggles have not been well documented.

For this post, I teamed up with my colleague Dr. Jessica L. Jones, a longtime university faculty member, to tell stories about what we have heard and seen in our careers, and what others have told us. In the interest of protecting the innocent (and the guilty), we have written these stories as if they were our own. They are representative of the mistreatment that URMM faculty members face in academic institutions across the country.

As a student at a large university’s medical school, my URMM colleagues and I repeatedly got stopped in the hallways to make sure we were in the “right place” or that we did not need “help” finding where we should be (especially if we arrived to campus early of stayed late to study). As a resident physician, my seniority was overlooked by superiors for time off and consideration for leadership. Ancillary staff blatantly disregarded my charted orders, and sought out the supervising physician rather than follow protocol. As a faculty member, I have struggled to find my “niche” in departments. Students constantly question my credibility. Colleagues and staff simply ignore my emails. When confronting advisors to pursue an opportunity or new idea I might have, the predominant suggestion has been for me to seek someone else’s assistance or advice, or get it done on my own without dedicated support.

These experiences have resulted in a growing frustration and frequent thoughts of “I don’t belong” and “I’m not wanted.” The constant fight is draining, and the energy wasted makes it very difficult to succeed. This is what happens to those with reduced privilege.

It started with bad advice, and I was bullied into taking on assignments that did not advance my career. I worked as medical director of a local clinic, where I served diligently and without rest. My colleagues would call me 10 minutes after their clinic session started and ask if I could see their patients (I would). They would leave early from clinic, with patients waiting for them in the exam room (I also saw those patients). I was later fired from that position, and notified that I would need to take a >10% pay cut. When others had changes in assignment, they were not asked to take less money.

A few years later, I went up for promotion to full professor. My department promotions committee voted unanimously to promote me, but the college promotions committee denied my promotion. I applied two years later, (without changing anything) and was promoted along with another faculty member, who objectively did not have any publications. We were both promoted. What would have happened if I had privilege?

Budding URMM professionals going to medical school get belittling smiles with comments like, “Oh, so you’re going to be a nurse.” And, similar comments as a practicing physician like, “So are you’re a nurse?” as if it is impossible for a URMM woman to be a physician.

Gaining faculty status at a major university does not gift URMM faculty with privilege. Many are put in a box as the token minority to promote minority recruitment, start a minority-focused curriculum, rather than developing individual interest. Often, when proposing an opportunity to advance in an organization, those URMM get negative responses. “You’re not the right person for the job,” or “You need more training,” even though they might have more post-graduate training than some of their colleagues. This type of negativity is detrimental, especially when that same person is asked to interview a prospective new hire for a position for which they are well qualified and trained — and when they are simply overlooked for advanced positions.

This is not a pity party for URMM physicians. We are not interested in pity, because “pity lacks respect.” Respect, however, is something that is due all of us, URMM or not. We are interested in sharing the little privilege that we have, and spreading it to the next generation. We do not want our children to face the same wall. We want them to never have to defend why they are here. They got here the same way that everyone else did hard work. Except, the diminished privilege of URMM physicians makes it so that we have to work much, much, harder to receive the same reward. It’s time to change that. Let’s agree that if we are going to go for real diversity, we need to address the differences in privilege. Let’s help make academic medicine the great vocation it can be for everyone.

A doctor's place is in the exam room 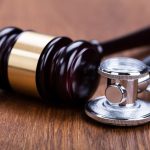 Overcoming trainee mistreatment to advocate for our patients 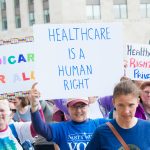