“You’re a doctor. You’re a doctor. Goddammit, you’re a doctor, man! You’re a doctor, so say so, and that’s the message, and we’ll follow you,” Jon Lovett shouted to an audience member on Pod Save America. The listener was an internal medicine resident who, in early May, asked how young physicians could better advocate for their patients. I heard this before the House of Representatives voted on the American Health Care Act and, as a psychiatry resident at Yale University, I was ashamed for not vocalizing my opposition to this bill. What was I doing?

I pride myself as member of the resistance. I showed up with my “smash the patriarchy” poster to the Women’s March in Hartford, Connecticut. I chanted “Health care is a human right!” in unison with my co-residents at a rally on the New Haven Green. Why hadn’t I called my House representative? Much like the resident on the podcast, I wasn’t sure what my message was, and I was only a first-year psychiatry resident. The political agency that physicians possess was obvious to the podcast hosts, so why is it hard for physicians to recognize and use it? It’s our training.

Mistreatment of medical trainees has been a longstanding issue, but it wasn’t until 1990 when a pediatrician, Dr. Henry Silver, published “Medical Student Abuse: Incidence, Severity, and Significance” in the Journal of the American Medical Association. Since then, there have been many studies trying to quantify rates of trainee mistreatment, evaluating the efficacy of programs intended to mitigate mistreatment, and investigating sequelae of mistreatment.

Mistreatment is common. Nearly half of 2016 U.S. medical school graduates reported being publicly embarrassed at least once during their training. During my first year of medical school, I was struggling to create a broad differential after presenting a patient. What could have been a positive teaching moment turned into an experience of shame when the physician shouted a misogynistic slur at me and slapped me with his stethoscope as I walked out his office. Stunned by the event, I left the office without saying a word. I was ashamed, embarrassed, and felt threatened. I was afraid how my grade would be impacted if I told anyone, and I didn’t know who to report the incident to, or how to initiate a conversation about it.

Studies have shown that being mistreated as a trainee is linked to mood disorders, substance use disorders, and suicidal ideation. But the qualifier of “only” a resident, that’s part of this too; mistreatment has been linked to low self-esteem and feelings of inadequacy. Take all of this together, and it’s not hard to see why trainees question the value of their opinions; we’ve become doctors in a system that beats us down.

It’s hard to persist, but it’s what we do. We hope we passed that esoteric physical chemistry final in undergrad. We cross our fingers that our MCAT scores are good enough to get into med school. We bury our heads in books the first two years of medical school, and try to remember why we chose this career during sleepless nights on surgery clerkships. We may not be “the” experts, but we have expertise. When politicians try to convince their constituents that these health care bills will improve the relationship between us and our patients, we can call their bluff, because we are in that room every morning, afternoon, and night. They are not.

Nearly 75 million Americans are currently enrolled in Medicaid, a 29 percent increase since 32 states expanded Medicaid as part of Obamacare. The Better Care Reconciliation Act, also known as the Senate health care bill, will phase out federal funding for Medicaid expansion between 2021 and 2023, causing millions of Americans to lose their insurance coverage. The bill would also eliminate guaranteed health benefits including mental health and substance use disorder treatments, maternity and newborn care and prescription drug coverage. Other policies in this legislation include the oldest people under age 65 being charged up to five times more than younger people for insurance, a one-year block on federal reimbursements for Planned Parenthood, which provides care to 2.4 million Americans annually, and reductions in subsidies for low- and middle-income Americans that help them afford their premiums.

Let’s put a face to these numbers. Three weeks ago, I treated a 20-year-old man who came to the emergency room after his third opioid overdose in a week. When he was 17, he dove into shallow water, leading to spinal fractures and chronic back pain. He was initially prescribed Percocet to treat his acute pain. When his physician stopped prescribing him opioids, he turned to the streets and eventually switched to heroin because, “it was easier to find.” Now he is homeless, unemployed, and tearful because he doesn’t want to be the strung out brother at his sister’s wedding this fall. The day after my evaluation, he went to an inpatient rehabilitation program to treat his opioid use disorder. The Congressional Budget Office’s analysis of the Senate bill estimates that 49 million Americans will be uninsured by 2026, Americans like this young man who desire and deserve treatment for their illnesses.

Falisha Gilman is a psychiatry resident. 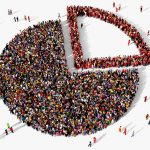 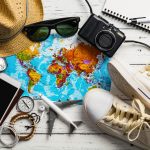