In the United States, there is clear evidence that minority populations continue to be underrepresented in clinical research related to new therapies for common and serious long-term medical conditions such as type 2 diabetes (T2D). This is despite these same populations facing a continuing and disproportionate burden of T2D, which shows no signs of abating.

Black people have one of the highest rates of T2D (13.2 percent), a rate almost twice as high as non-Latino white people (7.6 percent). The serious complications of T2D – including premature death, kidney failure, stroke, and lower-limb amputations – are also more common among minority communities. To develop new approaches to the treatment and prevention of T2D, it is vital to make sure that any new treatment is safe and for racial and ethnic minorities. To achieve this goal, there must be more inclusivity in clinical research.

Sadly, according to the U.S. National Institutes of Health, many trials do not even collect information on participant race or ethnicity. Others report very low levels of minority participation. For example, in previous studies of new therapies to prevent heart disease in people with T2D, less than 5 percent of the participants were Black. There are many reasons why there are low rates of racial/ethnic minority participation in medical research. These include low-income level, lack of transportation, lower levels of health literacy, and a historical fear of abuse. As we know, throughout U.S. history, Black people have been exploited and dismissed by the medical system.

Why is this important today? We know that minorities, such as Black and Hispanic/Latino populations, are at greater risk from COVID-19 infection. We also know that adults with diabetes are at a much greater risk of very poor outcomes from COVID-19 if they become infected with the virus. Given the history of lack of engagement and inclusion of minorities in clinical research, there must be concerns that these same groups will not be represented in clinical research of new therapies, including vaccination, against COVID-19.

Evidence shows that one-fifth of therapies approved in the past six years affect people of different races or ethnicities differently (such as how the body processes and responds to specific drugs). The design of research studies in the fight against COVID-19 must focus on actively engaging racial/ethnic minorities. As a clear starting point, it would be highly desirable to include a cross-section of participant demographic characteristics, including race and ethnicity, at a minimum. The moral imperative for inclusivity in clinical research has never been greater.

Katie Kinsella is a health educator. Ximena Verduzco-Villanueva is an undergraduate student.

Primary care is dying: Why that should scare every large employer 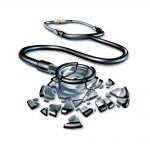 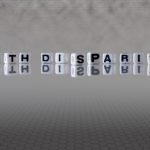 Minorities and medical research: Who is still excluded?
1 comments