He had been in for a physical the day before.

Like so many people, he seemed to have this need to run half a dozen minor bodily symptoms past me, while I worked my way through the agenda of screening colonoscopy, whether or not to test his PSA, calculating his ten-year cardiovascular risk, talking about alcohol use, screening for depression and so on.

I remember his left leg pain. He had had it for about 48 hours. It was along the outside of the leg and seemed to be related to a climb he had made up a steep hill, lugging camping equipment.

There was a little tenderness along the center of his gastrocnemius muscle, but even more along the outside of his knee.

I remember explaining that the location of his pain would be quite atypical for a blood clot, and that a mechanical strain seemed the more likely explanation. We moved on down his list of concerns, and I didn’t put any of it in his record, because it would have made me run over his allotted appointment time even more than it did.

The very next morning, my care coordinator told me as I hung up my spring jacket on the back of my office door and booted up my computer: “Jack Errold is in the ER at Cityside with chest pain this morning. They’re working him up for a pulmonary embolism.”

For the next 24 hours, I couldn’t get Jack’s left leg out of my mind. Did he have a blood clot there after all? If so, how would he and his wife react to the realization that I missed it? Was he still okay?

I knew I wouldn’t see a PE protocol chest CT show up in my computer because of his compromised kidney function. They’d probably do a VQ scan, but maybe there would be a Doppler study of his left leg.

That night, with the house all quiet, my thoughts continued. He has always been a matter of fact guy, never bitter about losing his job or having a less than perfect outcome after his trauma surgery many years earlier. He didn’t seem likely to sue if I had missed an atypical presentation of a deep venous thrombosis.

But what if he wasn’t OK?

This morning I was met with the news that Jack’s stress test was abnormal and he was on his way to the cath lab.

A sense of relief washed over me. Not because he had a probable critical coronary stenosis, but because I had not failed him by missing a blood clot in his leg that traveled to his lung.

We face dozens of such inquiries every day in primary care, minor complaints and casual mentions of bodily symptoms that could potentially require an entire visit or more for each and every one, but we don’t have that kind of time. We are constantly triaging; we go through each day scanning for avoidable disasters, and even if we appear relaxed, congenial and reassuring, our minds are on high alert.

Failure is a constant possibility in medicine. We have to live with that, and we must be willing and able to settle for probability and not certainty most of the time. 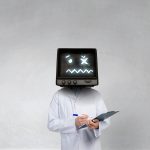 From skin cancer diagnosis to peace of mind 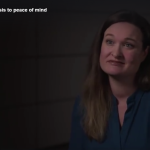 Failure is a constant possibility in medicine
1 comments