I imagined it like a scene from the hit television show “House, MD,” only I had no “MD” after my name, and my striking discovery had come not from the accumulated wisdom of years of experience, but from a whopping five hours scouring the internet. In my exhilaration, I was perhaps a bit delusional, for I was convinced I had single-handedly cracked a mystery case that had left an entire team of experienced pediatricians, neurologists, ophthalmologists, hematologists and rheumatologists baffled. They’ll be blown away, I told myself. Only they weren’t blown away. Not in the least. Instead, they all laughed when I told them I was certain our patient’s inexplicable symptoms were neurological manifestations of celiac disease.

Earlier in the week I had been assigned to Katie, a 15-year-old patient with a history of migraines and a previous posterior cerebral artery (PCA) stroke. Two months prior, she had developed left arm weakness on her walk home from school and had suddenly lost partial vision in both eyes. While her visual defects never fully resolved, they had abruptly worsened the day of admission, and she now lacked left-sided vision. Her parents were understandably alarmed and rushed her to the emergency room. “Tell us what’s going on,” her mother pleaded with me. “Will her vision keep getting worse?” I reassured her we had expert clinicians on the case and that we’d probably know more once Katie had a thorough workup.

But in the days following Katie’s admission, we came no closer to identifying her underlying condition. An extensive history revealed no significant cerebrovascular risk factors, her physical examination was completely benign, and we had ruled out congenital heart defects, metabolic diseases and rare genetic mutations. By the third day of her hospitalization, multiple consult teams, each having meticulously scrutinized Katie’s case, were unable to provide a definitive explanation for her symptoms. “Migrainous etiology considered most likely at this time,” it said in her discharge summary.

Unsatisfied with the best guesses of our experts, and unaccustomed to the discomfort and frustration of uncertainty, I decided to take matters into my own hands. I stationed myself in front of a computer after my shift and began reviewing all of the published literature on ischemic strokes in children and young adults. The possibilities were endless. For hours, I bounced around from disease to disease — everything from Fabry’s to lupus. I had no luck finding cases consistent with Katie’s history and presentation, but I refused to accept that there was no answer. I continued to dig.

Then I stumbled upon a case report describing another young woman without any cerebrovascular risk factors who had suffered two PCA strokes within a five-month period. Despite the absence of gastrointestinal issues, it was ultimately concluded that her strokes had occurred as rare neurological manifestations of celiac disease, a condition for which she had tested positive as a child. My adrenaline began to surge. As I continued looking into the possible extraintestinal manifestations of celiac disease, Katie’s case suddenly seemed to make sense: her stroke and migraines could both be explained by the disease. My “eureka” moment, it seemed, had arrived.

The next morning, I reported my findings to some of the pediatric residents, expecting them to say something like, “Wow, you nailed it!” and congratulate me on a job well done. To my dismay and confusion, they said nothing of the sort. Rather, one resident snorted, “You’re out of your mind,” while another burst into a fit of laughter. What do they know? I reassured myself. The only person I needed to convince was my attending, so I tracked her down as quickly as I could. “Dr. Rosenberg, I think — no, I’m sure — Katie has celiac disease.” Dr. Rosenberg was kind enough to make no show of exasperation at my unfounded hubris (my insistence a sure sign of naiveté), but neither did she respond as I had hoped, brushing aside the case report with a cursory announcement that she would “try” to read it later. I was taken aback. I had spent hours investigating a plausible explanation for Katie’s symptoms, but not a single person was taking me seriously.

Soon it was time for morning rounds. Present were three medical students, five pediatric residents and the attending herself. I persuaded myself to maintain composure and started with the basics: “Katie is our 15-year-old patient with … ” I began, but the moment the discussion turned to Katie’s intended discharge later that afternoon, I let my excitement get the best of me. Before I knew it, I was on a tirade about how we were willing to order so many fruitless tests but not an additional one that, if positive, could help us understand what was happening. “If I’m right,” I argued, “We might finally be able to explain Katie’s symptoms.” I looked the attending square in the eyes and watched as she uncrossed her arms. “And if I’m wrong, we’ll have one more negative result in her chart.” Within 30 minutes a celiac panel was ordered.

For the next few days, I hovered in an odd space of anxious self-assuredness, which in retrospect seems to be a hallmark of the neophyte’s ego. I can’t deny that I was eager to be right, to receive some sort of confirmation that I was going to be — or better, had already become — a good diagnostician. I checked Katie’s chart numerous times over the following days, hungrily awaiting the moment her celiac panel would come back positive. I imagined Katie’s parents’ faces when I’d tell them we had finally figured out the cause of their daughter’s symptoms, and the residents’ faces when they’d hear that the inexperienced medical student had been right all along. I was so confident in the diagnosis that I contacted the author of the case report I had found — an internist practicing in Italy — to inquire about the status of his patient and to ask whether she continued having strokes once she had switched to a gluten-free diet. I was told, “She no longer has cerebral ischemic events and continues to perform, almost normally, her active routine.” Now I was beside myself with excitement. Not only had I been able to explain Katie’s strokes but there was a potential intervention.

Then, over the weekend, I received a text message from one of the residents telling me the lab results had arrived. Katie’s antibody levels were normal; as far as could be determined, she did not have celiac disease. I was stunned. In an instant, my delusions of grandeur evaporated, and I felt like a failure, suddenly ashamed of having earnestly believed I’d uncovered something everyone else — experts, mind you — had failed to see. Within minutes, I sent an email to the attending: “I was wrong about celiac disease. I’m sorry.” I wondered whether this news would make her angry, whether she’d regret having listened to me and ordering the test. Apparently, though, she bore no grudge. “I saw the report,” she replied, “No apology needed.”

I continued to feel embarrassed for several days, until one afternoon during my next clerkship I happened to run into a resident who had been part of Katie’s medical team. “You did the right thing,” he said to me, “Even if the results were negative.” In that moment, something that seemed pretty profound crystallized for me: being wrong is not something to be ashamed of in medicine. In fact, much of medicine is trial and error. Reviewing the existing literature and ultimately trusting your best clinical judgment is a process less oriented towards being right than towards ruling things out and narrowing the field of possibilities so as to increase the likelihood of ever getting it right. As William Osler once mused, “Medicine is a science of uncertainty and an art of probability.” How true.

Thankfully, as the lesson began to sink in, the feeling of shame over having been wrong began to subside. Still, I am a bit bashful about how quickly and entirely my ego took over the affair. Talking to many experienced doctors, however, has assured me that this business of being humbled comes early and comes swiftly in one’s development. Only after this lesson can we go about becoming good doctors. The more I inquired about clinical frustration, the more I got the sense that what makes a good doctor is a real willingness to be wrong, again and again, in the interest of getting it right in a crucial moment. I soon realized that if I let ego continue to guide my practice, I’d be discouraged rather quickly. As it turns out, I’m to learn medicine not through one long night in front of a computer, poring over lab results and histories and case studies, but over years of this kind of diligent curiosity and dogged commitment.

“House, MD” is just one example of a slew of medicine-based television series that captivate viewers — and probably more than a few aspiring doctors — by coherently packaging the puzzle of an elusive case. Within the neat frame of sixty minutes, mistakes will be made and a conclusion will be drawn. Cue another victory and Dr. House’s signature scowl; all are satisfied. You may occasionally confront the reality of death, but rarely, if ever, do the characters say, “That’s just one case we couldn’t crack.” That’s because inconclusive results don’t make for good television; and yet, they make up a significant portion of everyday life in the field of medicine. As an aspiring physician, I have had to let go of the fantasy of ready solutions. I think the real balance will be to accept this fact and yet continue to strive for answers with the same urgency. Television’s star doctors may enjoy formulaic success, but real doctors’ careers are largely built on frustration. To those of us learning to be doctors, may we never lose our dissatisfaction with unsolved mysteries and the passion for pursuing the correct diagnosis.

Robert Spencer is a pediatric resident.

A physician wades into the swamp of vaccine denial 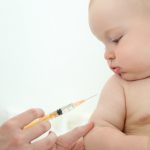 Failure is a constant possibility in medicine 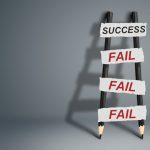 As (not) seen on TV
2 comments