No matter how well the one you love ornaments your life, they should never be an ornament. Meaning — you should never have to find them hanging in the closet like it’s some tree where each broken branch represents sadness, sickness and issues that only make sense in hindsight.

That metaphorical tree was as astonishing as Christmas morning yet as terrible as a Halloween horror. And although surreal — like Dali painted some sort of twisted, melted reality on my wall — it suddenly made sense.

You see, five minutes prior, I was sitting in bed less than fifteen feet from the disaster. I had the usual headphones on while listening to lectures about biochemical reactions to better understand the importance of saving a life. Meanwhile, she was taking hers.

There’s something deep inside of us that can distinguish between a lover’s silence and dead silence: no movement, no exchange of gasses, just non-existence. It is then when you run into the next room. It is then when your brain splits into parts. One part frantically trying to remove the scarf suspending her and another part making sure the children keep playing on the other side of the thin wall that separates them from the possibility of never seeing their mother again. Lifeless, I worked, I lifted and pushed.

Finally, she dropped on me like the weight of planet Earth imploding on my soul. I knew it wasn’t enough. I knew I had to breathe life back into her like I was taught so many times while imagining strangers or simulators or birthday balloons — anything but her! My lips on hers for possibly the millionth time felt like the first because I had never set my lips to hers with such intention. I breathed my life into her lungs, and when I felt her finally take a breath, I felt like she was reborn. Like her second chance took everything I had in me to function myself. Reborn. But parts of her missing — parts of her dismissed herself from this place, and it lingered like her perfume after she leaves for work each morning.

I realized that I was capable of saving her physical being. I can fill her up with my breaths until they become her own. But I can’t fill her up with my love in hopes that it will transform into self-love. The self-love she has never had in the first place. How do I fix that? Is it my fault? For focusing on a career path that has become my identity while neglecting things that matter is it me? What if I kept studying? The difference between a B and an A could’ve been the difference between a hospital stay and a funeral. How do letters and numbers become the center of our universe? Knowing I can’t make her look in the mirror and see the reflection of how much I love her in hopes that she will be satisfied with what she sees. I breathe and remember how rhythmic my breaths were in between hyperventilating and hyper-focusing. I look at clocks and thank them for thirty extra seconds now. I see the irony of her wearing scarves to cover up what the scarf left around her neck. I feel sick merely reaching for shoes at the top of the closet that felt as tall as the stratosphere that day.

I remember all of the hangings I responded to, all the gunshots to the heads and hearts of lost souls. I remember disconnecting myself, consoling families and moving onto the next but nothing prepares you for the one you love — dangling from bars that cage deep rooted insecurities behind locked doors. I remember too much and focus too little now. I hold her feeling grateful and angry at the same time. I hold her and feel like I can’t get close enough. I hold her imagining reaching in and resetting her heart to make it beat to a rhythm that is happy and feels no pain. I just hold her and like my counselor says, “Be still.” I want just to be still. And now, I don’t want to hang things anymore — pictures, clothes, ornaments. They can all remain on the floor, grounded. After all, there are more important things to worry about. 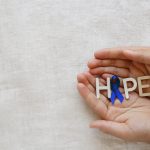 Should we standardize clerkship grades? 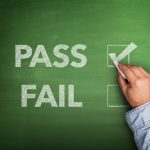 There she was, hanging in our closet
2 comments