After years of declining rates of colorectal cancer (CRC), a study from the American Cancer Society raises the specter that not all is going as well as we would have hoped, especially among younger folks born since 1990. And that raises the question of what the future holds for this frequently preventable form of cancer, including a possible reexamination of when it is appropriate to start CRC screening for people at average risk of developing the disease.

The research, published in the Journal of the National Cancer Institute looked at the rates of colon and rectal cancer diagnoses from 1974 through 2013 in several parts of the country. The researchers were particularly interested in changing patterns of CRC in people 20 years of age and older who were diagnosed with invasive CRC from 1974 through 2013.

There is a lot of complexity in the published results, so let’s focus on the main messages of the study:

I think it is fair to say that these results were not expected. We had seen a decline in CRC rates for a number of years, even before CRC screening became widespread. Now, we are seeing not only an increased rate of CRC in people between 50 and 55 — the age when most people should start screening — we are also seeing an increase in CRC in people starting in their 40s, along with increases in younger age groups.

Since most recommendations for CRC screening tell us to start at age 50, that raises the question of whether we need to reconsider that recommendation. And, rest assured, the American Cancer Society is going to look carefully at all of the evidence to determine whether that starting age needs to be changed. In the meantime, these results underscore the need for everyone at average risk for CRC — that is, without a family history of CRC or other genetic abnormality or an underlying illness such as ulcerative colitis that increases risk in younger folks — to get screened as soon as they turn 50 and not delay as many people are prone to do.

Another important finding is the increasing risk of rectal cancer in younger people. A larger percentage of people diagnosed today with CRC have rectal cancer compared to years past. And although we are seeing dramatic increases in the very youngest group studied as part of this report — namely, those between ages 20-29 — we must remember that rectal cancer is still an uncommon disease in that age group.

Over time, if these trends continue, CRC will become a more important problem for younger people. As a result, it is important that we realize it can happen, and it is happening with increasing frequency. For health care professionals, they can no longer assume that abdominal signs and symptoms such as blood in the stool can be passed off as hemorrhoids. It could be an underlying cancer, and people with that medical complaint may well need a more thorough evaluation.

CRC rates for younger people are now the same as they were in the late 1800s, more than 100 years ago. Why that is happening is not clear, and could be due to a number of factors including increasing alcohol consumption, sedentary lifestyles and obesity, not to mention what we eat such as increased amounts of red meat.

No matter the cause, the data is the data, and the data point us in a direction of continued research and vigilance, not to mention reinforcing that you should get screened for CRC beginning at age 50 in accordance with American Cancer Society guidelines. If the American Cancer Society does change our recommendations for CRC screening, we will be certain to let everyone know as soon as possible.

Meanwhile, let’s get past the squeamishness associated with colorectal cancer. Even saying those words leads some of us to recoil. Dealing with the C-O-L-O-N and R-E-C-T-U-M may not be something you want to deal with, however dealing with it may save your life or the life of someone you love. 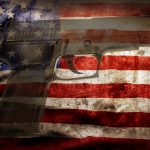 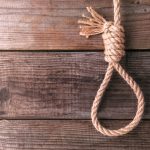 More young people are getting colorectal cancer. What do we do?
2 comments