What is being done about this problem?  Well, there are currently efforts to attempt to increase the number of residency positions.  There is also talk of having nurse midwives take a greater role.  While those are valid interventions, let’s take the issue much deeper, as that is certainly not doing enough to mitigate the problem.  Perhaps of equal or greater importance in the consideration should be retaining practicing OB/GYNs and malpractice reform.

The current workforce in obstetrics and gynecology is aging, retiring early, and going part time at an increasing pace, all while the number of patients seeking care is exploding due to health care reform and population statistics.  While access to maternity care and women’s health services is vitally important, we need to have infrastructure to support the numbers or these women will have no OB/GYN to turn to despite having insurance. Even if the number of residency spots increases, the attrition of those already in the field must be addressed.

Today, over 80 percent of physicians entering the field of OB/GYN are women.  Shockingly, if you look at hospital department chairs, academic medical institutions, and leadership positions in the field, it is overwhelmingly male despite the preponderance of women who are practicing and are the future of OB/GYN. In order to appropriately assess the changes and adjustments that need to be made to the field, including what will draw in and retain candidates, we should be asking that very demographic that is accounting for the majority of OB/GYN. This means that women need to be “at the table” for discussions and interventions impacting our field. Women want to be invited to be a part of the change and are willing to step up to the challenge.

As for malpractice reform, this is vital not only to obstetrics and gynecology, but the entire medical system.  Defensive medicine is valuable to no one and a waste of precious health care dollars.  In addition, increasing numbers of midwives to assist with a shortage will only be helpful if OB/GYN are willing to provide a supportive role.  As it is now, OB/GYN can named in a lawsuit by malpractice attorneys who seek damages for birth injury cases where a labor occurred at home.  These patients often arrive at the nearest hospital’s doorstep seeking help after a failed home birth or bleeding concerns. The attending OB/GYN physician must (and should) accept care for anyone arriving seeking help.

However, if there is a bad outcome, it must be somehow proven when the damage occurred.  Was it during the unmonitored 30+ hour home birth or the 30 minutes from when the patient arrived to the hospital prior to an emergent cesarean?  Obviously, no one wants a poor outcome for the patient and blaming each other is not a solution.

A solution is malpractice reform where a physician does not need to worry that if they are called to help in a complicated case that they will now be liable for whatever happened prior to their involvement with care. Certified nurse midwives, especially those working in a hospital or birthing center, will likely have a huge role moving forward in our field. There are many fantastic midwives who bring valuable assets to the table.  OB/GYNs should be willing and ready to work as a team for improved patient outcomes.

Lastly, malpractice reform is important because rising malpractice premiums are a huge part of why private practice OB/GYN is becoming a thing of the past. Understandably, it is hard for a practice to survive while paying $80,000 for yearly malpractice premiums, then staff, then rent for office space.  Somewhere the OB/GYN is expected to make a living, but the private practice OB/GYN is struggling. This is why new residents accepting jobs are looking for employed positions which will provide tail coverage and protection from this concern. While employed positions certainly have their benefits, one of the major drawbacks we are seeing is loss of physician autonomy and control over our field.

Moving forward, physicians need to have a larger voice in reforms that are taking place in health care. Especially in the field of OB/GYN, female physicians need to be an integral and valuable asset to improving the field by working alongside the people currently contributing to the changes.  While the voices from our government, lawyers, and insurance companies are important and necessary, they should not be muting the voices of the physicians who are the ones providing care for our patients and have the patient’s best interest most at heart.  This communication will be vital in continuing to have a robust OB/GYN workforce ready to handle an increasingly complex and high-risk patient population in the United States.

Our responsibility to refugee children 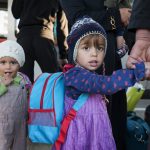 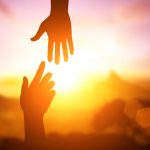 Who will be delivering babies in the United States in coming years?
16 comments