“Help!” I yelled out of our open apartment door.

I was seven years old, and my family had recently emigrated from Egypt to the U.S. We’d been feeling elated that week because, after months of interviews, my father had matched into a pediatric residency.

That morning, he’d awoke feeling nauseated. My mother and sister went to buy some soothing food. I noticed that he’d vomited in the bathroom; now he was feeling worse.

He knew it was serious because he put on his brown leather jacket and laid back in our blue recliner, waiting for my mom to return and take him to the emergency room. Now and then, he’d look at me reassuringly with deep, dark, pain-stricken eyes, but he was clearly in agony. Then, as I watched, his eyes rolled back in his head.

A neighbor, hearing my yells for help, rushed over and called 911. The rest was a blur.

The emergency medical technicians raced in, surrounded my father and prepared to carry him out as I stood in the hallway alone and terrified. I felt so helpless — all I could do was pray that he would live. I saw my mother and sister running towards us. My father must have been whisked away on a stretcher; I don’t fully remember. My mother rode with him in the ambulance. A while later, she returned alone. My father’s time on Earth was over. He’d died of a heart attack.

That was my first code.

As my mother, sister and I sat huddled together, feeling our crushing loss — I vowed that I would become a physician. If ever I faced this type of situation again, I would have more to offer than a prayer.

Fifteen years later, as a third-year medical student, I experienced my second code. I was doing my pediatrics rotation, working in the emergency department. Suddenly, the overhead monitors blared: A new patient was arriving. My attending and I hurried to the entrance, where we saw an infant receiving cardiopulmonary resuscitation from the EMTs.

I stood at a safe distance until my attending said, “At our next pulse check, take over compressions.”

Numbly, I wrapped my hands around the child’s abdomen, my thumbs over his sternum, and began rhythmically squeezing. I remember the cracking of his ribs, the smell of his feces and the coolness of his skin.

Finally, amid the commotion, I heard my attending say, “That’s it, team — we’ll stop.”

I looked up, only to realize that the baby’s mother had been there all the while.

As her sobs subsided, she collapsed to the floor. Her baby was placed in her arms for the last time. Watching her cradle her child, I saw pure agony.

That was my second code.

Leaving the hospital that evening, I felt alone and crippled. I prayed for the ability to cope. I realized that I needed my faith to be more than an occasional crutch; I needed it to carry me through all circumstances.

Two years later, I began my intern year in internal medicine. That first week, deep into an overnight shift, the code-blue pager rang.

I took the job of monitoring the femoral pulse while my senior resident and team tried to revive the patient. But it was all for naught. Thirty minutes later, the code was called. We signed out to the morning team, ate breakfast pancakes, then headed home. Getting into bed that morning, I felt indifferent.

That was my third code.

This indifference to codes, and to most deaths in the hospital, persisted throughout that year. I tried to justify it by telling myself, My indifference is actually a strength — it keeps me from falling apart emotionally so that I can care for my other patients. Over time, though, I often found myself praying, Lord, show me how to keep my human touch and care for others with love without crumbling from the constant despair.

As a second-year resident, I met Mr. Abbas. A Middle Eastern farmer, he’d been visiting the U.S. when a ruptured aortic aneurysm had led to emergency surgery, which was followed by numerous complications and infections. He was now in his ninth month of hospitalization, struggling with heart failure, liver damage and chest wounds that would not heal. He was too sick to be flown home, and the outlook was bleak.

Mr. Abbas spoke only Arabic, and I was the first physician with whom he could communicate directly.

At first, I viewed his care purely as a clinical challenge — one that I felt eager to take on. This was an opportunity to sharpen my clinical skills to teach my interns and impress my attending physicians. Then, one night, I walked into his room to find him in tears.

He regarded me sadly with deep, dark, pain-stricken eyes that seemed so familiar.

“I have seven children, a wife and elderly parents at home, doctor,” he told me. “I pray to see them again.”

My heart was wrenched with sadness for Mr. Abbas. The trip of a lifetime had turned into a slow, painful trudge towards inevitable death, alone and far from home.

Does he have sons? I wondered. If so, I could understand the despair and uncertainty they must be feeling. At that moment, I moved beyond simply observing Mr. Abbas’ suffering; now I was sharing it with him.

I found myself making ways to spend time with him. I called his family in the Middle East to give updates and answer their questions. I came in early and left late every day, assessing and reassessing his care, and spent countless hours brainstorming with my hospital team about how to overcome the legal obstacles that kept his wife from traveling here to be with him, but it was all in vain.

Finally, two months after I’d met Mr. Abbas, and after many conversations with him about his wishes for end-of-life care, that care was withdrawn.

He passed away within a few moments. My clinical duties prevented me from being there, but I prayed for him: “Lord, give him peace in his final moments and give his family Your comfort.”

Nearly a year passed. One morning, I walked into the hospital, stopped by the cafeteria to buy the largest cup of coffee they sold and started toward the elevators up to the wards. Nearby, I saw a large group of Middle Easterners. They stared at my badge, and I smiled, but they didn’t smile back. I walked on. Then I felt a hand on my shoulder.

Turning, I saw an old man whose face looked familiar. He gazed at me, tears in his dark eyes.

The younger man standing next to him grabbed my hand.

“Do you remember Mr. Abbas?” he asked.

At the sound of that name, my heart skipped a beat.

“Of course,” I responded.

“This is his father,” said the man. “He has come to America to walk where his son spent his final months.”

Mr. Abbas’ father grabbed me and hugged me, and at that moment I offered up a prayer of thankfulness.

Fredy El Sakr is a cardiology fellow. This piece was originally published in Pulse — voices from the heart of medicine. 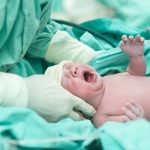 Medicine comes in second for me 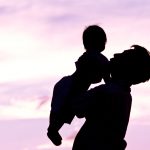