According to recent research, a hug a day could keep the doctor away. According to another study, Twitter can predict the chance that people will experience heart attacks. A normal blogger would look at these two findings and tell a story about the relationship between stress and health. I’m not normal. I looked at these two studies and came to a different conclusion — that we need to change the way we reimburse physicians.

Want to know how I arrived at that view? Let’s start with a quick look at the two studies.

A research team headed by Sheldon Cohen from the University of Pittsburgh exposed volunteers to Rhinovirus particles and monitored them for signs and symptoms of illness, going as far as weighing their nasal mucus. (Isn’t research fun!) Consistent with previous research, they found that people under psychological stress were more likely to become sick, unless they reported having strong social support in their lives. You see, stress creates a neurohumoral cascade, a series of physiologic reactions in the body that impair the immune system. But social support can buffer the immune system.

Even more interestingly, Cohen discovered that hugs — the likelihood that a volunteer was hugged each day — further buffered people’s immune systems, reducing colds even after accounting for the other kinds of social support people received. Hugs are good medicine!

What does this hugging study have to do with physician pay?

In the old days, health care reimbursement was based primarily on the volume of services medical providers provided. Perform one procedure and receive payment; ten procedures and receive ten payments. Perform one annual exam, and you’ll be paid for one annual exam, well … you get it. More recently, payers have tried to shift from such fee-for-service payments to pay-for-performance methods.

Two doctors might charge Medicare for conducting annual exams on their patients, but if measures show that one does a better job of making sure her patients receive appropriate preventive measures, she will receive higher payments than the other physician. In this case, Medicare would be relying on process measures of care to adjust payments. In other cases, pay-for-performance is based upon outcome measures. For example, cardiac surgeons might receive different levels of pay at the end of the year depending on the survival rates of their patients who undergo specific procedures, after accounting for the severity of patients’ underlying illnesses before the procedure. It’s these outcome-based pay-for-performance measures that are threatened by hugs and tweets.

You see pay-for-performance doesn’t account for hugs. Any pay-for-performance system that emphasizes outcomes needs to account for social factors not captured by traditional measures of health and sickness. All else equal, people with strong social support will live healthier lives than others. When recovering from bypass surgery, they will ward off pesky viruses more easily, perhaps averting a disastrous lung infection that would otherwise, in their weakened condition, have killed them. It’s not fair to blame a cardiac surgeon when her patient dies from pneumonia secondary to a paucity of hugs.

I expect some of you readers will counter that hugs and lack of hugs will even out in the long run — that some patients will receive more social support than others, but that across an entire year’s worth of bypass procedures, most surgeons will operate on a similar percent of hugged and not-hugged patients. Enter Twitter, stage left.

If you have spent time on Twitter, you know that people can express lots of thoughts and feelings in 140 characters or fewer. In fact, some people wear Twitter like a mood ring, broadcasting their emotions to any and all who care to follow them. As it turns, these mood-tweets predict heart disease mortality better than many traditional measures of health and illness. That was the conclusion drawn by a team of researchers who studied 148 million tweets across 1,347 counties in the U.S. They used computer algorithms to count the frequency of positive and negative emotions expressed in those tweets. Tweet that you “hate” something and they would count you as expressing a negative emotion. They then mapped there data onto county-level statistics on heart disease.

If you want to know the rate of cardiac mortality in a community, you will need a good measure of smoking, diabetes and high blood pressure. The researchers had those measures in hand and found, as expected, that they correlated with cardiovascular outcomes in those localities. But none of those measures correlated as strongly as the Twitter mood measure. If you know nothing about a community other than the emotions expressed by its population on Twitter, you will do a better job of predicting cardiovascular outcomes in that community than will researchers who have access to smoking, diabetes, and hypertension data.

Now, back to pay-for-performance. Social stress is not evenly distributed across the country. Some providers practice in areas with much greater social stress than others. Their patients simply won’t respond as well to treatment as will those in other locales.

I’m not suggesting that Aetna or Medicare adjust pay-for-performance payments based on hug counts or Twitter activity. Instead, I am pointing out a major problem with P4P measures that emphasize the kind of patient outcomes that will be influenced by social stress. In recognition of this influence, payers need to either tie performance measurement to local standards, or they need to emphasize process measures in their reimbursement schemes.

As for those of us not in the health care reimbursement business, we should focus our energy on hugging people we care about. And minding our tweets.

The medical regrets in my life 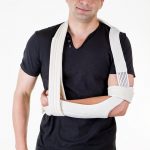 Codeine is a terrible choice for treating children's pain and cough. Here's why. 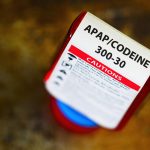 What does hugging have to do with physician pay?
1 comments