In her home country, everything is free. However, there is a catch — certain services are only available to those who pay for private insurance. Those who are on the “free plan” sometimes must wait months for procedures. My patient said she knew many people who died on the list waiting for procedures. So, which is better: Free rationed care where people may suffer consequences waiting in line or overpriced care that not everyone can afford?

The U.S. leads the world in innovation but prices citizens out of the system.

Many people viewed the Affordable Care Act as a way to end the problem of uninsured patients. Yes, in the U.S., we now have more lives covered by health insurance. However, people are paying for that insurance more than they ever had in the past.

And that insurance does not cover all their medical needs. Many now face high deductibles that they cannot afford. People are skipping health care because they cannot pay those high deductibles, despite the fact that are now paying the premiums. Also, many insurance companies greatly narrowed their formularies and coverage for various procedures.

Getting a patient to have an MRI now feels like trying to arrange a meeting with the Queen of England: it simply is not going to happen even if you follow all the right steps. We are left with a system that is inaccessible to many, and when a patient steps into the medical arena, they often cannot get the care they need. For those who support the ACA, yes we now have less insured, but clearly, the system is more broken than ever before, and the middle-class is being squeezed the hardest.

Many people oppose rationing of medical care, but that is exactly what we have now. If you do not make money and your only choice to get healthcare insurance is to go on Medicaid, you are eliminated from many choices of medical services. Last week, I tried to refer a patient with severe knee pain to an orthopedist and the nearest one that accepts that patient’s insurance was almost an hour away. This despite the fact that our town and surrounding communities are the location of many orthopedic practices. Several HMO Medicaid plans now cover a limited number of generic medications. Medicaid patients are not offered the same choices of medications or treatments based on their insurance coverage.

Where are we now in the U.S. with the health care system?

Yes, our system is in dire straits with no good plans for reform. But, is a system where patients wait months on a list to get routine care any better? For those patients who died waiting, the answer is clearly no.

In the U.S., we lead the world in innovation. Yet, many of our citizens are priced out of the system. We need to do better. We need to get rid of political agendas and greedy business men and women at the reins of the system. Who has any ideas for real reform?

We give pets dignified deaths, why not our loved ones? 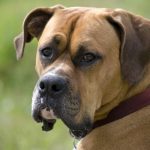 It is time to build a workforce of resilient physicians 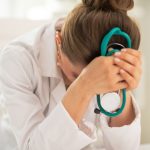