Health care reform continues to make national headlines as Republican senators have failed to pass a bill in the Senate with enough support to repeal and replace the Affordable Care Act (ACA). How did we get here, and why do so many Republicans want to make the ACA go away badly? To answer this question, you have to first understand the history of health care reform in the United States to provide context.

A major goal of the ACA — among its other goals of cost containment and increasing quality of care — was to expand health care coverage to the millions of Americans that lived without it. By 2010, the number of Americans reached an all-time high with 18 percent or about 55 million people without health insurance.

People without health insurance have shorter life expectancies and worse quality of life because they delay their care or can’t receive proper care. When they get sick, the only place they could turn to is the ER which is an expensive and inadequate place to receive proper care for many non-emergent or chronic illnesses.

Health care in America is one of the most expensive in the world. Consequently, medical debt has become a top reason of personal bankruptcies. So it goes without saying that lacking health insurance in this country is a significant threat to the overall well being of its people. Furthermore, as one of the only OECD countries without universal coverage and having the some of the worse healthcare performances of high-income countries, the voices for universal health care coverage are growing louder.

Health care reformers have been advocating for universal coverage for over 100 years. In 1912, Teddy Roosevelt, as the Progressive Party’s candidate, called for a national health insurance. Roosevelt lost that election and with it so did his universal coverage plan.

Twenty years later, his cousin, Franklin D. Roosevelt, would attempt to pick up where Teddy left off. In 1939, he addressed to Congress that, “The health of the people is a public concern; ill health is a major cause of suffering, economic loss and dependency; good health is essential to the security and progress of the Nation.” However, his national health insurance plan met stiff resistance particularly with physician groups like the American Medical Association (AMA) who were shouting it would lead the country into socialism.

Harry Truman in 1948 and Ted Kennedy in 1971 tried to pass a single-payer national health system. Again met with strong special interest opposition like the AMA, they failed to convince Congress. In fact, for many years, the AMA was a leading opponent of universal health care until the ACA in 2010.

In 1965, the most significant health care legislation of the 20th century in America was signed into law by Lyndon B. Johnson. With a majority Democratic support of both the Senate and the House Medicaid and Medicare programs would come into existence. Although not universal health care, these programs greatly expanded government-funded coverage for those unlikely to have health insurance — older adults, the disabled and poor children.

Richard Nixon also conceded that universal coverage is needed. “Government has a great role to play,” he said, “but we must always make sure that our doctors will be working for their patients and not for the federal government.” Nixon proposed his own version of universal health care by mandating that employers provide private health insurance to employees and government programs would cover everyone else. Nixon’s plan was derailed when he resigned after the Watergate scandal in 1974.

After Nixon, no other president would make an effort for universal health care until 1992. First Lady Hillary Clinton would lead the White House Task Force to promote the “Health Security Act.” This plan was for both universal coverage and controlling costs, but it did not tout for public coverage. Instead, the proposal was for employer and individual mandates with competition among private insurers. To control costs, they proposed regional spending limits and caps on premium increases.

The Clinton’s strategy for compromise with liberal values (universal coverage) and conservative values (promote private health insurance business) backfired. Moderate Republicans thought the proposal was too liberal, while some Democrats thought it was too conservative. Therefore the Clinton’s did not muster up enough support for it to pass.

While the history of health care reform at the federal level is necessary to understand the ACA, health care reform that occurred in Massachusetts was also strongly influential. In 2006, Governor Mitt Romney signed into law “An Act Providing Access to Affordable, Quality, Accountable Health Care.” Many similar components that would be in ACA were first in this Massachusetts law.

One year later, in the 2007 Democratic primary elections, polls showed that the majority of Democrats thought health care reform should be a high priority — second to the economy. But in 2008, the financial crisis and the worst economic disaster since the Great Depression occurred. Many predicted that health care reform would be placed on the back burner. Surprisingly, Obama, when elected, held steadfastly and made health care reform a high priority. Although he had fierce opposition from Republicans with the rise of the Tea Party, the Obama administration was able to receive support from key interest groups.

This was crucial as many prior administrations had failed to pass a comprehensive health care reform without support from powerful interest groups. Now, groups like the AMA were buying into the notion that health care reform is badly needed. Other key groups from the pharmaceutical industry and health insurance industry were also throwing their support behind President Obama.

Although Obama favored a public option with universal coverage, political pragmatism would win to achieve the ACA we have today. The bill passed a Democratic house and senate without a single Republican support. On March 23, 2010, President Obama signed the ACA into law.

Today, nearly 90 percent of Americans now have health insurance. This among its many other reform changes made the ACA the most significant reform in American health policy in the 21st century. The ACA has had its successes, but it also certainly has had its challenges. With the rising costs of health care and poor population health outcomes compared to other high-income countries, there will indeed be more reform soon on the horizon. With a Republican controlled Senate now in gridlock on how to repeal the ACA, the uncertainty of the next chapter in health care reform has millions of Americans and their providers anxiously awaiting what will be revealed.

Behrouz Zand is a gynecologic oncologist who blogs at Digital Advocate.  He is also a contributing writer to the Houston Chronicle’s Gray Matters. 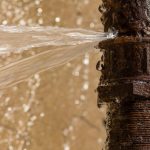 Help me help doctors in recovery 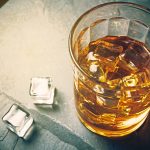