I have a memory of feeling overwhelming anger and animosity as a 10 year old. I was holding my father’s spot in the checkout line at Walmart in rural Illinois as he ran to grab the paper towels he had forgotten. He quickly darted back in line into the spot that I had saved him as he knew leaving me surrounded by candy for longer than a couple of minutes would be a bad idea. The elderly white woman behind us who I had barely noticed earlier tapped me on my shoulder. Surprised at what this stranger might want, I turned back and smiled at her. She met my smile with a scowl. In between curse words she furiously yelled, “From our jobs to our spots in the grocery line you guys will stop at nothing! Go back to your country!”

I was confused and hurt. I wanted to retaliate so badly, but I kept quiet and pretended to ignore her. Her anger bubbled more and more and then she struck me with her cane while yelling racist comments. My father turned back at her and protected me. He said to her, “She’s just a kid. Leave her out of it.” I was so lost. I felt like I missed something. Leave me out of what? Why was this woman so mad?

Growing up in a conservative predominantly Caucasian neighborhood, incidents like this were not uncommon. I remembered back to what my mother would tell me often: “You have a right to be angry. You are right to feel upset. What you don’t have a right to do is to act blindly on your feelings.You cannot turn your anger into violent actions and not think about how it affects others.”

The results of the 2016 presidential election have brought back a lot of the feelings that I had towards oppressors I have faced in rural Illinois. It’s hard not to join the millions of other Americans who feel angry and let down by the results of the election. Being a liberal first generation immigrant, I naturally disagree with many of Trump’s policies on health care, economics, and immigration. I have a lot of fear about what America’s future will look like under his presidency. I worry about what my future in medicine, as a woman, and as an immigrant will look like.

What makes me even more angry are people’s actions as a result of this election. Reading about xenophobic events across the country on the Twitter feed titled “Day 1 in Trump’s America” is incredibly discouraging. It feels like we have taken ten steps back in all of the progress our country has made in embracing diversity with an open mind.

I realize that many others have the same fears about America’s future. Regardless of how we feel about the election, we cannot allow our fear and our anger to be turned into violence. The hospital where I am currently rotating has been busier than ever with the consequences of the not so peaceful protests in Chicago. Trump supporters and haters are both getting ostracized by the other for their beliefs. Turning on the news nightly makes me realize that anger is turning into violence on a national level. As much as I want to show my disappointment in the man that has been elected president, I am frustrated with how people have been expressing themselves.

Realizing that Trump is now in a position of power and already spreading ideology similar to the woman who attacked me with her cane when I was ten is scary. I hope no one has to face the racism and hatred that I experienced in that movement. However, these xenophobic instances make me realize that it is up to us to inspire change and react with graciousness. The violence that has been brought on by both anti- and pro-Trump protesters has gotten out of hand. Now more than ever, I think back to my mother’s words: You cannot turn your anger into violent actions and not think about how it affects others.

While it is naive to think that Trump will not make major change in the country, it is important to realize that we still live in a government with checks and balances. Our democracy gives us power to help influence policy by writing to state-elected officials. I hope that utilizing this power will further our ideas rather than attending protests that can get out of hand.

One of my major issues with Trump’s policies is his stance on health care. Trump plans to repeal Obamacare and implement a free market health care plan. Free market health care increases the corporate power given to large health care organizations and will almost definitely drive the cost of health care up to the average American citizen. More of the money spent on health care will be distributed to administrators and corporate professionals. This will surely discourage many patients from seeking treatment for their conditions and leave the poor uninsured because they simply can’t afford the premiums.

While Obamacare has had many flaws, it has insured many previously uninsured and underinsured citizens. It has helped bridge the gap in health care disparity between the rich and poor. One of the reasons I chose to go into medicine is because I believe that health care should be a fundamental right as a human. I believe that the opportunity to live a healthy life should not be dependent on socioeconomic status. It is disheartening to think that I may not be able to treat certain patients just because of their lack of insurance.

There is still much speculation on how Medicaid, Medicare, and women’s health will be affected.

Though the future of health care often feels grim, it is up to us to stand up for the ideas we believe in. My biggest goal is to inspire change in the system in a positive and peaceful manner.

For those who want to be doctors: Follow this piece of advice 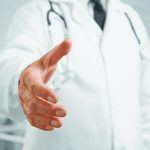 Doctors should stop using the language of war. Here's why. 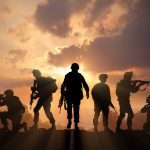 After the election: I am frustrated with how people have been expressing themselves
28 comments