As soon as the microphone opened for Q&A at a conference I recently attended in New York City, a physician in the audience began his question with, “as a front-line physician.” Another asked from the perspective of someone “in the trenches.” And a third wondered how to provide medical care when we are getting “bombarded by mandates.”

As I speak to physicians across the country, I am increasingly jarred by these military metaphors. Such phrases permeate the language used by medical professionals everywhere. Terms drawn from war corrode the foundation of patient care and produce a victim mentality in physicians and staff, inhibiting improvement and change.

We know that language is a powerful force in shaping how we view the world and which options we’re open to considering. As long as the world is described in “we-they” terms, collaborative solutions rarely result. If we continue to use these words, the distance between doctors and patients will widen, and the distrust among colleagues will expand to the detriment of all.

The roots and remnants of this language of war

Phrases like “front line” and “in the trenches” evolved from World War I, sometimes referred to as the Great War. This conflict was one of the most brutal and devastating events in world history. More than nine million combatants and seven million civilians died.

The carnage had multiple causes, including “trench warfare,” a military tactic used by all participants. Each side dug hundreds of miles of trenches fronted by barbed wire and explosive mines to prevent head-on attack. The space between the lines of trenches came to be known as “no man’s land,” and the “faceless” enemy soldiers were viewed as invaders and barbarians.

Unlike battles in the past, when generals rode in front of their troops and were stationed on the battlefield, in World War I they were often found miles away, domiciled in relative safety and comfort. The stark contrast between the foot soldiers under their command—who suffered from malnutrition, exposure to the harsh winter elements and trench foot—and those giving the orders became a major source of anger for the troops on both sides. The distance between the front lines and command headquarters was large, not only in the number of miles, but also in the degree of abandonment the soldiers felt.

The term “trench warfare” has since become synonymous with futility in conflict. And the images of being “in the trenches” or “on the front line” connote great suffering, and suggest having to defend oneself against an incursion by an overwhelming enemy.

Why doctors use the language of war

Metaphors communicate concepts beyond the literal meaning of the words. Being “in the trenches” positions the patient as the enemy, just on the other side of the barbed wire. It creates a visual of a horde of patients all simultaneously wanting care, with the doctor constantly under siege and needing to protect himself from the onslaught. And the “generals,” by implication, are the regulators, elected officials and healthcare leaders who operate from a distance and don’t understand what is happening or seem to care that the “troops” are suffering.

The word “bombardment” implies unending attacks by uncaring people coming from all sides. Without doubt, physicians today can feel pelted by unreasonable expectations from patients and unachievable mandates from politicians and administrators. And in their daily practice, they are aware of the threat of malpractice and the problems created by aggressive contracting by insurance companies. But using language that positions physicians against the rest of the world reinforces a victim mentality and produces a sense of hopelessness that improvement is possible and trying justified.

Of course, most physicians who use these terms don’t have World War I in mind or even mean to be so negative. They usually are trying to emphasize their proximity to the patient and their daily experiences of providing medical care. And at the same time, the language resonates with the frustrations they and their colleagues feel.

Physicians can feel relatively powerless when it comes to the tsunami of new requirements coming from regulators. And having to call insurance companies for permission to do what they know is best for their patients can lead to a “siege mentality.” And particularly in primary care, doctors feel stretched beyond their capacity.

But as satisfying as it can feel to vent emotions through military language, all of us in the healthcare profession need to recognize the pernicious impact it has on us. When we feel we are dug into trenches, protecting ourselves from patients coming at us and unable to communicate with leaders, we perceive ourselves as victims, powerless to make change happen. And as a result, improvements are rare.

A first step: Changing our language

There is a well-known story from the First World War that occurred on a cold December night close to Christmas. Soldiers on one side of no man’s land began to sing Christmas carols in their native language, and soldiers across the zone responded in kind with their own carols in their own language. Then a couple of brave soldiers from each side left the trenches and met in the middle, sharing food, drink and—despite the language barrier—stories. For a week there was no shooting and no deaths.

In war, collaboration with individuals from the other side is usually prohibited, and the generals banned such conciliatory actions in the future. But the opposite is true for healthcare. Meaningful, positive change can’t happen until people work together, even when they represent different perspectives. If our nation is going to address the healthcare needs of 300 million Americans—and at the same time improve the professional lives of doctors—cooperation of the highest order will be essential. Rather than describe ourselves as combatants, patients, physicians and administrators alike will need to forge partnerships for the greater good of all. We won’t be able to stop the rising cost of American medicine unless as a nation we lower the incidence of chronic illness through a focus on prevention, expanded use of technology and increased coordination of care. And that can’t happen without a commitment from all. And that will demand mutual trust and respect, starting with how we speak about each other.

The language of war threatens to take us in the opposite direction, toward chaos and increased animosity. The words left over from the battles of the past reinforce feelings of distrust, lack of respect and overt hostility. And language, if only subconsciously, impacts our perceptions and behaviors.

When we describe ourselves as hunkered down under siege and perceive an enemy attacking us from all sides, our words create a hostile approach to others, including patients and colleagues. Going forward, physicians must stop speaking the language of war, and replace it with words that represent the values and mission of medicine, words like “healing” and “teamwork” and “recovery.” Changing our language to reflect the good we do may not be the solution to all our problems, but it would be a powerful first step. 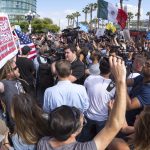 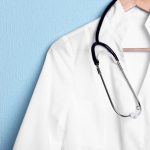 Doctors should stop using the language of war. Here’s why.
5 comments