We are in the midst of an unequaled juncture in history, one in which we find ourselves primarily armed with the ability to distance ourselves physically from one another. In the United States, we have observed on multiple occasions over the past several weeks how some citizens have chosen to defy social distancing guidelines from the Centers for Disease Control and Prevention (CDC). A little while back, there were reports of churches violating these guidelines in order to hold in-person Easter services. There is a certain moral and cultural complexity related to the matter of religious observances during a pandemic, which should not be understated. Despite this dilemma, many churches navigated the issue by providing long-distance services, which adhered to the CDC’s guidelines on public gatherings.

Given the drastic difference in the choices some people made on Easter Sunday versus others across the world, many of us are likely left with the same basic question: What makes people go against the grain and risk potential infection?

There is more than one explanation for this behavior, including distrust in institutions, the psychological consequences of quarantine, and aversion to freedom-limiting solutions. However, given that we are in the throes of dealing with SARS-CoV-2, perhaps one of the most helpful concepts to understand all of this is the health belief model (HBM). Originating from social and cognitive psychology principles, public health experts have used the HBM since the 1950s to explore health-related behaviors and describe patterns in people’s actions that influence risks of and protections against adverse health outcomes. While the model has been applied extensively to health risk behaviors like combustible tobacco use, it has also been applied to scenarios involving infectious diseases, not unlike COVID-19.

The HBM holds that people’s health-related actions arise from their assessments of an adverse health outcome like a disease and the upstream factors associated with it. These assessments of the outcome encompass five main considerations:

1. How likely am I to develop this disease? (Perceived susceptibility)

2. How bad would it be if I did develop this disease? (Perceived severity)

3. How motivated am I to make the changes necessary to prevent the disease? (Health motivation)

4. What are the potential benefits of taking this preventive action? (Perceived benefits)

5. What barriers do I face in taking this action? (Perceived barriers)

In addition to these five considerations, an element often referred to as the cue to action serves as the impetus for someone to act. This cue could be something like a government agency issuing a recommendation or a family member or religious leader, suggesting that a person do something to benefit his health, such as undergoing colonoscopy. It stands to reason that a person is more likely to act in a desirable way if he believes that a particular outcome is a major threat to him (i.e., there is high perceived susceptibility and severity), he is motivated to make the necessary changes, and if the pros outweigh the cons (i.e., the perceived benefits outweigh the perceived barriers). By the same token, it is equally reasonable that someone would act contrary to what is recommended if these considerations were all reversed, which could describe the thought process of those who go against social distancing for whatever reason.

One of the most powerful uses of the HBM involves guiding health promotion efforts and introducing targeted interventions to control the rate at which people develop a disease or, worse, expire from it. Mass violation of a crucial public health measure—willful or otherwise—requires further investigation by local public health officials and community leaders like mayors and governors. The distinct advantage of using the HBM at the community level is that it provides an actionable roadmap to both diagnose and treat the underlying problem. This allows individual communities to tailor their approaches and mobilize the right resources to address the right issue.

Although the HBM is a robust tool for identifying patterns in health-related behaviors, it is limited in its ability to characterize the intricate social and cultural factors that modify one’s assessment of a negative health outcome. Fortunately, years of gathering empirical evidence on human behavior have generated a complementary framework to the HBM: social cognitive theory (SCT). Commonly seen in public health research, SCT helps to explain both adoption of and deviation from behaviors like social distancing in the context of the individual, her behaviors, and her environment. SCT states that the individual does things that influence the world around her and that the world reciprocally influences the way the individual acts.

Why is this important when it comes to people not following the CDC guidelines? According to SCT, a person who sees instances of others seemingly getting off scot-free after not practicing adequate social distancing is more likely to adopt this behavior because it is less restrictive. Particularly in the context of confirmation bias, people might see this as a victory over the risk of infection and choose to push their luck by downplaying the threat to themselves and others, overemphasizing the barriers, and undervaluing the benefits. What this means is that someone experiencing this cycle of interactions between the individual, behavior, and environment will likely be more recalcitrant when told to make compromises for the public’s well-being, which can trigger a potentially dangerous sequence of maladaptive social learning.

In every community where there are people not adhering to national recommendations, it would behoove local officials to apply these concepts when addressing their residents to clearly define the obstacle to appropriate action. Sadly, evidence demonstrates that a top-down (i.e., from the federal perch) approach to influence health behavior only has so much reach and is not sufficient alone; the ultimate success relies on community leaders carrying the torch the rest of the way. We cannot afford to become lax on the guidelines too soon lest we cause COVID-19 incidence rates to spike.

Ashten Duncan is a medical student.

A family physician is redeployed to the emergency department

Social distance, yes, but don't be afraid of the outdoors 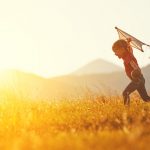 What makes people defy precautions during a pandemic?
3 comments