The United States government has resumed capital punishment after a 17-year hiatus. Even setting aside questions of whether the death penalty is legal, ethical, or humane, the renewal of the practice of lethal injection poses some grave concerns, particularly in the context of the global pandemic. According to Department of Justice documents, the government is using the drug pentobarbital to carry out the executions. The government’s use of medication to cause involuntary death violates essential principles of medical ethics, and inevitably erodes public trust in the institution of medicine itself. Furthermore, it is at best ironic, and at worst inhumane, for the government to affirmatively seek death for some individuals while neglecting to aid thousands of others who are suffering as a result of the ongoing pandemic.

It is well recognized that the tools of medicine can be used to heal but also to hurt. As such, Hippocrates himself bound physicians by oath to use their faculties for the benefit of patients, and to avoid doing anything that is harmful or unjust. For the government to use the power of medicine to bring about involuntary death violates the very oath that the art and science of medicine be directed toward the benefit of humanity, and not humanity’s harm. This duty extends to all who utilize the science of medicine, whether by advising government officials as to the most effective agent, or by placing the intravenous catheter through which the medication is administered. The government itself is also bound by the same obligation as physicians when it comes to how it administers the tools of medicine. It must always be for benefit and never for harm.

Medications are essential elements of the sacred physician-patient relationship. Physicians are identified by their association with medications that are directed to the good of their patients. For the government to use tools of good in order to bring about the involuntary death of its citizens stands in stark contrast to the usual therapeutic expectations. As such, the public may no longer trust that the physician’s tools are solely for the benefit of the patient. If the government can legally kill one patient with medication, what is to keep it from laying claim to medications for harm in other ways, such as extrajudicial enhanced interrogation? It is easy to imagine how the sacred trust that protects the tools of the physician-patient relationship would be easily eroded.

A similar loss of trust occurs when patients see medication used for intentional harm. Medications, and by proxy those who develop and manufacture medications, should have as their purpose to benefit, and not to harm, patients. This accounts for the refusal of drug companies throughout the world to supply the United States with medications to be used for lethal injection. No pharmaceutical company wants the stigma of cooperating with the government by supplying a drug that will be used to kill its citizens involuntarily.

Although most physicians believe it is unethical to participate in capital punishment, some hold that doing so is a form of compassion. Citing previous botched executions where the inmate suffered unnecessarily, these physicians believe that their participation will make the inmate’s inevitable death less painful. This was the rationale of the surgeon Antoine Louis and physician Joseph Guillotin in creating a more humane method of execution in the 18th century. Even today, the device bears Dr. Guillotin’s name.

Despite protests from physicians that the government not use their tools to kill involuntarily, and the refusal of most physicians and drug manufacturers to participate in executions, the United States has decided to push forward. Since the U.S. Supreme Court’s decision Baze v. Rees allowed lethal injection to proceed without physician supervision, physicians’ refusal to participate neither halts executions nor hastens the end of the practice of capital punishment in this country. Drug secrecy laws allow the source of medication for lethal injection to be withheld from the public. The means of medicine, entrusted to physicians who have sworn by oath to use them for benefit, have been usurped by the government and are being used for harm.

Not even a global pandemic, nor the pleas of families of victims and members of clergy, has slowed the march toward execution, despite concerns of contagion by those who must attend. It seems particularly perverse for government-sanctioned executions to occur while so many Americans are dying from COVID-19. The government’s actions are also forcing religious leaders to decide whether to risk contagion and attend the executions, or have these inmates die alone and without spiritual solace. We recoil when we hear similar stories about the manner in which COVID-19 patients are dying. Just as physicians—the people our society has entrusted to wield medicine—swear an oath to benefit and avoid harm, so should our government—which now also wields medicine—be held to the same standard.

Discrimination kills: What to do about implicit bias training 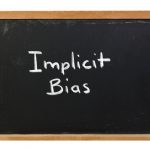 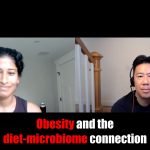