There is something special about being a “first.” First to go to college; first to start a business; first write a book, etc. Becoming the first person to achieve something is remarkable because it sets a precedent for what is possible. What once seemed unattainable is now alive and well in living color.

Kamala Harris has made history as the first female vice president-elect of the United States and will also be the first woman of color to hold this title.

Kamala Harris stepping into the White House is a symbol of change and finally puts an end to the question of whether a woman in power can be “electable.” She has shattered a political glass ceiling that creates a brighter future for women everywhere, not just in politics. This history-making moment is likely to further the conversation about women earning a seat at the table in industries like law, medicine, academia, finance, tech, and more.

Her position in the highest level of government helps show women and girls that they can be anything they want. Vice president may be the highest office attained by a woman today, but there are generations of women who undoubtedly have set their sights even higher. Perhaps one of them growing up and witnessing this moment may even be president someday.

Of course, having more women in government does not automatically solve inequality, but it does open the door for more voices of women to be heard.

Even though the election is over, this is no time to coast. We have real and pressing issues to attend to—immigration, unemployment, COVID-19, health care, the economy, etc. The past is behind us, and now is the time to focus on the opportunities that lie ahead. I hope that women everywhere who are witnessing history in the making feel empowered to make their voices heard and come to the table to help build a better future for us all.

Joe Biden won. What does that mean for health care? 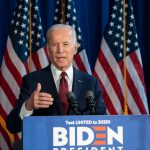 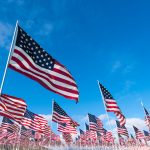