The recent release of Pokémon Go, the mobile phone augmented reality game, has taken the world by storm. The game has become a fitness icon, requiring players to walk or run around in the real world to catch Pokémon creatures in their virtual world.

While evidence on the long-term health benefits is not clear, it is apparent that the game does more than just allow players to live out their childhood dreams of becoming Pokémon masters. Pokémon Go serves as an important reminder that more and more evidence about the benefits of exercise will never be enough to get Canadians moving, and that any enduring solution to our expanding waistlines depends on figuring out how to integrate healthy behaviors into our daily lives.

Today, non-communicable diseases are responsible for 88 percent of deaths in Canada, including chronic conditions like stroke, diabetes and cancer. Increased risk of these diseases is strongly associated with lifestyle factors, such as unhealthy diets, tobacco use, physical inactivity and alcohol overconsumption.

To combat chronic disease, advocates in medicine and public health have long-tried to promote healthy behaviors among Canadians. For example, many are familiar with the recommendation to walk 10,000 steps a day and to get 150 minutes of moderate activity each week. Yet despite widespread knowledge about what we should all do, the results have not been promising. Based on American data, we can estimate that the average Canadian walks around 4000 to 6000 steps a day and only half of us exercise for 150 minutes weekly.

The good news is that stories like the Pokémon Go phenomenon show us that large-scale changes in healthy behaviors — like physical activity — are possible if we are more creative in how we encourage them.

Pokémon Go isn’t the first time that the entertainment industry has inspired such changes to health-related behaviors. Many other instances, both good and bad, have been noted.

For example, public health authorities are well-acquainted with the “Angelina Jolie effect,” which describes the surge in genetic testing for breast cancer and inquiries about risk-reducing surgeries that first occurred after Jolie announced her preventative double mastectomy in 2013. Our own research has shown how Hollywood celebrities frequently drive the popularization of fad diets and lifestyle gimmicks — sometimes for the better, too often for the worse – highlighting how our decisions are shaped by factors beyond scientific evidence of effectiveness.

This disconnect between what the evidence says we should do, and what we as a society actually do, is a major pain point for those advocating for healthier lifestyles. Our country spends enormous amounts of money on the science behind lifestyle practices, so it’s naturally disheartening when the evidence is ignored. But the Pokémon Go phenomenon suggests we may just need to change our approach to the problem.

Promoting healthy diets and urging people to go to the gym multiple times a week can have short-term benefits. However, for the majority, these practices may be unaffordable or soon become unsustainable. Healthy behaviors more likely for long-term success need to include activities we want to engage in.

Ultimately, promoting healthy lifestyles must be less about waving the evidence in front of people, and more about making these practices easy, normal, and even fun. We must engage in the science of what motivates people to act, and study how to nudge people towards healthy habits by designing them into our work routines, as part of the places in which we live, and the activities we undertake with family and friends.

Pokémon Go is an example of making physical activity enjoyable. We need more creative approaches like it. Now is the time to invest in developing these new approaches, and rigorously evaluate whether they actually work.

Tanishq Suryavanshi is a medical student and can be reacted on Twitter @nishqy.  Steven J. Hoffman is director, Global Strategy Lab, Centre for Health Law, Policy and Ethics, University of Ottawa, Ottawa, Ontario, Canada.  He can be reached on Twitter @shoffmania. 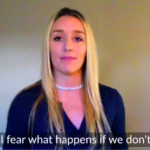 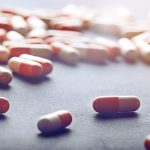