In March, 2016, the CDC released guidelines for prescribing opioids.  The guidelines were a response to a serious and growing problem: millions of pain patients became addicted to prescribed opioids, and hundreds of thousands died as a result.

Since the guidelines were released, reports of pain patients being abruptly cut off of their medication or having their medication abruptly reduced have become rampant. These patients report they were using opioids long term, sometimes for decades, with no evidence of addiction. Many patients who moved long distances report being unable to find a doctor who would treat them, or, if they found one, who would give them their usual dosage of medication. These patients report significant increases in pain and severe deterioration in function. Usually, no alternative treatments were offered.

Why would a doctor do this to a patient?  Here are a few reasons:

Doctors have been criminally prosecuted for prescribing opioids

As the opioid epidemic grew, it became obvious that many patients were becoming addicted to pain medications.  Not wanting to blame drug companies, who had lied about the drugs’ addiction risks, the authorities focused on doctors.  There were a few unscrupulous ones who had set up “pill mills,” practices where people without any legitimate medical need for the drugs could obtain opioids for the right price.  Apparently, there weren’t enough of those to make a big enough impression, so the Drug Enforcement Agency (DEA) started targeting other physicians.

Some doctors have been tried as drug kingpins and dealers and prosecuted for manslaughter when their patients died of an overdose. When convicted they are subject to the same mandatory sentencing laws as violent individuals dealing illegal drugs. The assets of suspected drug dealers can be seized without hearings or trial; consequently, they are stripped of the assets they require to defend themselves.

Dr. James Graves, a pain management specialist in Florida, was tried and convicted in 2002 for racketeering, drug trafficking, and manslaughter. Graves was the first doctor to be convicted of manslaughter as a result of prescribing painkillers to patients who died of an overdose. During his career, Graves worked as a medical missionary and served 17 years as a Navy flight surgeon before being honorably discharged in 1994.

Graves worked a series of temporary jobs before opening his own practice in 1998. Graves was reported to the authorities for allegedly dealing drugs by a former employer who believed that Graves was violating a non-compete clause in his employment contract. Graves was arrested, and his practice was closed down in 2000. He had no income or savings. The court declared him indigent, and he was represented by public defenders. Prosecutors persuaded drug addicts facing extended jail time to testify against Graves in exchange for more lenient sentences. Two doctors testifying for the defense stated that Graves’s treatment of the patients who died was within the standard of care of medical practice and was for a legitimate medical purpose. The prosecution failed to prove that he was medically negligent, or even that he was the cause of his patients’ deaths. Some of the deceased patients named were not even his patients or had died long after he stopped treating them. It was never proven that he accepted any money in return for drugs. Despite all this, Graves was convicted and sentenced to 64 years in prison.

Grave’s case became a precedent for prosecutors to use against doctors across the country. Other physicians have lost their licenses under similar scrutiny.  Some have prevailed against charges, but only after spending enormous sums in their defense.

Cases such as Graves’s allow the government to assert that it is doing something to address the problem of prescription painkiller addiction while allowing these dangerous—but very profitable—drugs to stay on the market.  These cases have had a chilling effect on many medical practices.

With the promulgation of the CDC opioid prescribing guidelines, physician’s worries increased.  Practice guidelines are generally treated as “standards of care” and physicians who don’t adhere to them are at greater legal risk if a complaint is filed.

Many physicians no longer make the policy decisions about their practices

Because of the pressures put on physicians by insurance companies, many have joined large practice groups or sold their practices to hospitals.  In these circumstances, physicians are often being told how to treat their patients by practice managers or the legal counsel’s office of the hospital. These individuals are usually even more risk-averse than the doctors themselves and make decisions without seeing their impact on patients.

Physicians mainly get their education in how to prescribe drugs from pharmaceutical company drug representatives or from “thought leaders,” respected physicians hired by the drug companies to deliver scripted talks about drug benefits.  Pharmaceutical companies like having lifelong customers so they rarely discuss how to safely withdraw patients from drugs.  If they do offer guidance, a faster than optimum dose reduction schedule is often recommended so that patients develop withdrawal symptoms that are only relieved by going back on the drug, “proving” they need it.

Physicians lack knowledge about and access to alternative pain treatments

The CDC guidelines recommend that patients be provided with nonpharmacological therapies prior to a gradual taper from opioids.  Physicians have limited knowledge of these treatments. There is little to no insurance coverage, and most pain patients can’t afford them.  Also, many of these services are not available in many communities.

What needs to be done

The DEA’s reign of terror over physicians needs to end.  Physicians need more education about addiction and safely withdrawing patients from opioids. Patients who are comfortable with their long-term opioid use who show no evidence of addiction should be offered alternative treatments but allowed to stay the course.  Alternative pain treatments need to be adequately covered by insurance companies, and all physicians and patients need to be educated about them. 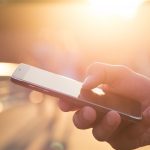 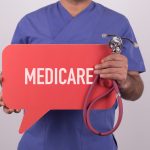 Pain patients are being cut off from their drugs. Here’s why.
3 comments