It is no secret that mental health conditions are prevalent, and recent years have seen an increase in the dialogue on their causes and consequences. However, we do ourselves a disservice when discussing mental health outside the context of the broader system in which care is provided, and the insurance constraints that drive shortcomings in health care delivery.

Their interactive nature should be all the more reason for a better integrated system of treatment than the U.S. currently offers. However, it is much easer to obtain insurance coverage for medical than for mental health conditions, with only 55 percent of psychiatrists accepting insurance, compared with 93 percent of other medical providers accepting insurance (86 percent accepting Medicare). This creates a system in which obtaining psychiatric treatment can in some cases become a luxury, despite the fact that those who are lower income are more likely to report depression. Such individuals will be unable to go out-of-network to obtain that needed care. Failure to address one set of conditions can exacerbate or at least leave untended the other concerns.

Psychiatrists and other medical professionals are aware of these problems that pervade our health care system. Yet for a private practice psychiatrist to take insurance is far from a costless enterprise, requiring setting a rate that insurance companies accept, marked paperwork, collecting copayments while submitting for reimbursement and waiting for claims to be processed, and challenging any claims denials. This can require the hiring of a secretary, an additional financial burden requiring even more profit. Further, reimbursement rates for psychotherapy are low, incentivizing in-network providers to do only brief medication appointments in order to stay afloat. This is particularly unfortunate given that among those depressed patients receiving both medication and psychotherapy, 72 percent in a 2004 study achieved symptom remission compared with 57 percent of those receiving only medication management.

One can hardly begrudge psychiatrists from responding to financial incentives. The average medical school debt is $180,723 while physician salaries overall are actually declining. The problem is in the incentives that insurance companies create in structuring lower reimbursement rates for evidence-based psychotherapy augmenting pharmacological treatments.

Raising reimbursement rates to physicians is not something that is at all profitable to insurance companies, which have already in many cases reported losses in recent years in the aftermath of the Affordable Care Act, with insurers losing money in 41 states in 2014. Insurance companies are for-profit and thus by definition are not in the business of providing charity or even operating at cost. The problem, though, is that public health and economics don’t always have incentives that are aligned; in fact, short-term incentives are often not. Effective public health interventions are expensive and require both financial and policy commitments to change irrespective of insurer profits, but can obviate the need for more expensive medications and hospitalization. Major depression is the leading cause of disability in the United States among 15 to 44 year olds, thus yielding lower economic productivity. It can also potentially reduce the exacerbation of other physical conditions that are costly to treat. We must be proactive to be effective, though this is not a model consistent with our for-profit health care system.

The other reality is that politics is incremental, particularly given that the 2016 GOP platform declares a commitment to the ACA’s repeal. Expanding Medicare to all would not have garnered nearly adequate support even with the fact that diseases from diabetes to depression affect Democrats and Republicans alike. Clinton’s plan expands on the progress of the ACA within the confines of the political reality in which she operates; maintaining the existing health care apparatus but working to curb out-of-pocket costs and prescription drug prices, and incentivizing the rest of the U.S. to adopt Medicaid expansions to help low-income Americans.

This will do much to address the fact that 31 million Americans are underinsured, with high deductibles and other out-of-pocket costs but will not address the reality that insurers’ profit motives are not conducive to supporting some key evidence-based medicine. Pushing insurance companies to reduce the paperwork burdens of physicians’ insurance participation might at least make less daunting the prospect of operating a solo or small practice with insurance clients. Finding ways to provide government financial incentives to companies to make health care more accessible in the form of physician and patient reimbursements would be an additional option to broadening access to care, especially with respect to primary care, geriatrics, and psychotherapy. Increasing medical school loan forgiveness based on the share of lower income as opposed to private-pay patients is another way to reduce the extent to which physicians’ financial needs drive the type of care that they are capable of providing their patients. Such an approach would make it more feasible to take on patients relying on plans that may not reimburse at as high rates but whose struggles must be treated.

When you enter an ER, you see signs that you are entitled to receive medical care regardless of insurance status or ability to pay. Doctors provide the care that they know is needed, whether the patient is a Democrat or Republican, rich or poor. In a world in which politics too often trumps policy, our health care system must better facilitate medical decisions that deliver the best quality care to the broadest reach of the population.

Welcome to the medical profession 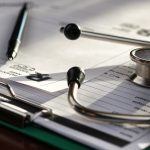 MKSAP: 26-year-old woman with recurrent feelings of fear and anxiety