President-elect Donald Trump has repeatedly vowed to “repeal and replace Obamacare.” A logical question is: With what? The announcement of Rep. Tom Price (R-Ga) as Trump’s nominee for secretary of health and human services provides some answers.

Unlike other Republican critics of the Affordable Care Act (ACA), Price, an orthopedic surgeon, has offered many replacement plans of unmatched detail. His Empowering Patients First Act was 242 pages long. It offers a market-based vision for American health care, restricting government involvement.

His plan, however detailed, lacks specifics about what will happen to the 20 million or so who gained insurance coverage under the ACA. This includes people who have preexisting conditions and those who rely on Medicaid, the federal-state program that provides insurance to poor children, pregnant women of a certain income level as well as the disabled and blind under 65.

Price’s policies could also limit access to care for children, women and for many people of all ages with chronic and mental illnesses.

As a scholar of American policymaking, I hope to shed some light on Price’s plan.

Children’s coverage could be jeopardized

One of the main pillars of Price’s plan is tax credits based on age to individuals who wish to buy health insurance in the private market. Importantly, this proposal assumes that those who are younger will also be healthier, thus requiring less coverage.

Also, incidence of type 2 diabetes and teen depression has increased. Mental health conditions often have an age-of-onset in the teens and 20s. Yet both age groups are allotted the lowest tax credits in the Price plan, and more children from lower- and middle-income households may struggle to obtain needed coverage.

In 2007, Price voted against the reauthorization of the State Children’s Health Insurance Program (SCHIP), a program founded in 1997 that provides medical care to about eight million low-income children, at a total cost of about US$13 billion. It has been cited as instrumental in reducing the number of uninsured children from 10.7 million in 1997 to 6.6 million in 2012.

Medicaid could be rolled back

Lower-income children are not the only lower-income group likely to suffer under Price’s proposal.

Currently, federal and state governments share the cost of Medicaid, with 32 states having adopted the Medicaid expansion that was called for under the ACA. An ACA repeal would eliminate expansions of Medicaid and the Children’s Health Insurance Program (CHIP) – which together cover approximately one in five Americans – and replace it with Medicaid block grants that the federal government provides to the states.

This would slow the growth annual rate of spending on Medicaid from its current level of 7 percent to 3 percent, according to the Congressional Budget Office. The CBO also estimated a reduction in Medicaid spending by $1 trillion over 10 years.

But The Medicaid programs that Price seeks to restrict not only are more cost-effective in the long run to administer – with the Robert Wood Johnson Foundation estimating that Medicaid coverage expansion reduced hospitals’ uncompensated care by 21 percent, with states saving in costs of caring for the uninsured – but have had demonstrably positive health outcomes for vulnerable populations. For example:

A study in the public health journal Health Affairs suggested that outpatient medical appointments increased 29 percent, while preventable hospitalizations fell 48 percent in the aftermath of a new new public insurance program in Wisconsin in 2009.

Also, The Kaiser Family Foundation reported in 2016 that Medicaid expansion under the ACA not only reduced the uninsured rates of those states, but in many cases improved access to care and utilization of some physical and behavioral health services. Similarly, an Urban Institute report on outcomes related to Medicaid showed greater access.

Those with preexisting conditions could lose out

In the aftermath of meeting with President Obama, Trump indicated some interest in preserving the provision that people cannot be denied insurance coverage for preexisting conditions.

This is challenging, however. Insurers’ ability to guarantee coverage regardless of preexisting conditions works in tandem with the ACA’s mandate that all individuals enroll in at least some level of coverage. The purpose of this was to bring healthy patients into the risk pool.

Price’s plan would prevent insurers from denying coverage based on preexisting conditions, but at a price. His plan would allow insurers to charge consumers up to 150 percent of standard premiums. This would apply if consumers do not maintain continuous coverage for at least 18 months. Thus, if someone becomes unemployed and unable to afford coverage in between jobs, he or she could be left without insurance.

Yet about 16.1 million Americans had a major depressive episode in the past year, which does not include milder forms of depression, or other behavioral health conditions such as anxiety or psychotic disorders. Indeed, about one in five American adults will struggle with mental illness in a given year.

The ACA provided a marked expansion in access to care for mental and behavioral health by requiring that most individual and small group plans and all marketplace plans provide mental health benefits. The repeal of the ACA leaves the state of mental health care very much in question. It renders particularly vulnerable those who have capitalized on the ACA’s access to mental health coverage and in doing so, accumulated preexisting conditions.

Women’s health could be harmed

In his first term in Congress, Price cosponsored the Right to Life Act, which sought to extend 14th Amendment personhood to a fertilized egg and thus limit abortions. This did not make exceptions for pregnancies resulting from rape or incest, and it did not consider the health of the woman.

Price did not simply vote for legislation to defund Planned Parenthood (HR 3134 in 2015); he cosponsored it.

The defunding of Planned Parenthood could limit care to women, given that it provides contraception, STD testing, cancer screenings and prenatal care. Increased contraceptive use has been the main reason for a dramatic decline in teen pregnancies in recent decades.

After the American Medical Association endorsed Price, an open letter signed by over 5,000 physicians challenged the endorsement.

The empirical evidence in favor of the programs that he seeks to scale back or eliminate altogether should temper his eagerness to overhaul the Affordable Care Act.

Such tempering is not yet apparent. How Senate Democrats and moderate Republicans – perhaps those in states that accepted and benefited from Medicaid expansion – respond to Price in the looming confirmation battle may provide some answers to who is empowered first under Price’s leadership.

Miranda Yaver is a political scientist. She can be reached on Twitter @mirandayaver. This article was originally published on The Conversation. Read the original article. 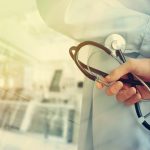 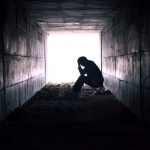 The potential costs of Tom Price as HHS secretary
10 comments