This spring, in my culminating semester of PA school, I took a course entitled “Health Care Delivery Systems.” After 30-something months, the end was in sight, and I was not particularly excited for another serious class while I was wrapping up rotations, studying for my boards, and writing my master’s paper.

However, as soon as I started working on the class assignments, I realized this class might deserve a higher rank on my priorities. Like most students, I had been focused on what I considered actual medicine (i.e., diagnosis and treatment), but this course opened my eyes to another side of health care. I ended up learning a lot about medicine in the United States and our health care financing system, from insurance to federal policy and beyond, that I can now apply to my own life and my future patients’ lives. One assignment in this course that stood out was an essay in which we discussed transparency in health care, which later ended up tying into another essay asking us to apply anything we had learned in the course to our own lives.

Although I rarely saw transparency as an issue while I was on rotation, I realized it had directly impacted my family this year. My sister was on my parents’ health insurance plan when she found out she was pregnant with her first child. Her OB/GYN supposedly accepted the insurance, but after a few visits to the doctor, my sister began receiving bills that should have been covered. It took some time but finally, they determined the source of the issue. The insurance plan covered my parents’ dependents but not their dependents’ dependents. This meant that my sister was covered, but her baby in-utero was not.

At that point, my sister elected to skip certain portions of her doctor’s visits, such as ultrasounds that were technically not necessary, so as not to incur any extra costs. Thankfully they were able to switch my sister to her husband’s insurance plan during the pregnancy and had no issues moving forward. However, they still had to pay the bills that were not covered from the prior visits, which added up to a lot of money.

I am not entirely sure where the miscommunication occurred, but there was clearly a lack of transparency in this situation. Was the policy itself the issue for not covering my sister’s unborn child or was the issue that the insurance company had not made it clear to my sister that her obstetrics would not be covered? Or should the OB/GYN’s office have taken one more step to confirm that my sister was covered before initiating care or at least warn her that certain features of her care may not be covered? Were both institutions at fault?

Although it is an entirely different situation for patients without insurance, there should be a screening process in place to ensure proper coverage for patients who do have insurance. This way, they need not pay out of pocket for routine orders such as sonograms for which they assume they are covered. Ultimately, while it was not one person’s fault, this situation definitely demonstrates that there is much room for improvement in this aspect of our health care delivery system.

Are psychedelics the heroes or villains? 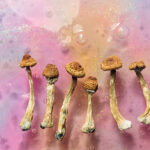 Listening to the doctor's heart [PODCAST] 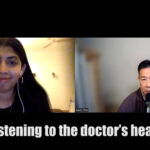