The British Medical Journal recently published a paper boasting the astonishing conclusion that medical error is the third leading cause of death in the United States. Headlines aside, the study suffers from questionable statistics that serve up alarmist conclusions about the prevalence of serious medical errors and obscure the road to addressing the tragic phenomenon of death by medical error.

The analysis cites four observational studies on incidents that occurred between the years 2000 and 2008. This data is at minimum seven years old – and the bulk of it dates from the early 2000s. Presuming that their notably opaque statistical analysis is accurate, the study’s best conclusion is that the third-leading cause of death was medical error between those specified years. One cannot expect such data to be available in real time, but it is equally unreasonable to expect fifteen-year-old data to represent current conditions.

But outdated information is only the most superficial problem with this analysis. The study extrapolated death rates due to preventable error from those four studies, which are vastly dominated by inpatient admissions within the Medicare population. Medicare typically covers only disabled individuals and those over the age of 65: two groups which carry intrinsic risk factors for hospitalization and complications thereof. Extrapolating findings in that population to the general public (which includes everything from healthy children to adults that wholly eschew care in the allopathic system) is disingenuous at best — and quite likely overestimates the rate of fatal medical errors in less risk-prone populations.

The authors admit that “the assumptions made in extrapolating study data to the broader U.S. population may limit the accuracy of our figure” — which may be the most accurate statement in the paper. Rehashing limited old data is certainly easier than the onerous process of obtaining new samples or accessing more recent government data, but that ease does not contribute to the utility of the results.

On a more metaphysical level, cause of death is often multifactorial. One might posit that the final common pathway of all death is loss of oxygen flow to the brain – but we try to be more precise than that. When a patient with heart failure and emphysema dies from respiratory collapse, which is the cause of death? A long-term heroin user who requires high doses of narcotic pain medication after emergency surgery but then dies of an overdose: Is the cause of death overdose or the underlying substance use disorder? When a life-long smoker dies of lung cancer, is the cause of death cancer or tobacco? (JAMA published a study in 2004 that identified tobacco as a cause of mortality in over 400,000 deaths, placing that cause of death well over the rate of death by medical errors provided in this study — and while 2004 may seem outdated, it coincides nicely with the timeframe of the study in question here.) The reductionist mind of allopathic medicine prefers linear cause and effect — but this is rarely reflected in causes of death outside of trauma and drownings of otherwise healthy individuals.

The single case study cited in the paper unintentionally illustrates the difficulties in assigning a cause of death: a woman died of a liver laceration from an unnecessary pericardiocentesis done to assess vague symptoms following an organ transplant. One can certainly argue that this deserves the proximate label of death by medical error: the liver was lacerated, the patient died. However, the transplant patient presumably had end-stage dysfunction of a major organ, a condition that would have been fatal on its own without high-risk intervention such as a transplant. As such, this patient came to the table with a terminal illness that warranted heroic intervention with the concomitant risk — and equally vigilant evaluation when complications arise. Is her cause of death the proximate laceration to her liver, or the ultimate organ failure that led her to require such invasive evaluation and treatment? Moreover, the unsupported conclusion that the pericardiocentesis was unnecessary is a product of 20/20 hindsight – a perspective more befitting a prosecutorial legal team than a medical professional evaluating a high-risk patient with an undifferentiated complaint.

The authors conclude correctly that “the absence of national data highlights the need for systematic measurement of the problem.” Indeed, several recommendations for assessing and systematically addressing medical error are enumerated — although they are by no means novel. This paper’s ultimate frustration is its failure to meet that need for a robust and data-driven basis from which to develop realistic strategies to prevent such mortality.

Kudos to the authors for their attention to the heartbreaking occurrence of death by preventable medical error; but shame on them for their alarmist approach that only weakens their case for action on this critical front. 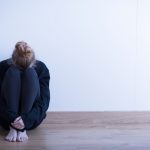 10 indispensables for those with chronic pain and illness 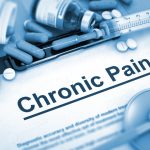 The alarmist approach to medical errors solves nothing
3 comments