“A Vaccine Against Deadly Fentanyl Might Be Near,” promises US News & World Report.

Only the fourth headline I encounter puts the news into proper perspective: “New Fentanyl Vaccine Eliminates The Drug’s High, Rat Study Finds.” Indeed, this miracle cure to the opioid epidemic is only set to enter human trials in upcoming months – and according to the FDA, only about 1 in 5 medications that enter human trials make it to full approval after years of study.

Understandably, policymakers, economists, and people who have been directly affected by the opioid epidemic might find this development heartening. But even if it is approved, vaccines against drugs of abuse are not an uncomplicated shield against drug use and overdose. The Drug Policy Alliance expressed frustration with this distant, theoretical solution when known approaches like supervised use sites, access to fentanyl test strips (currently classified as illicit paraphernalia in several states), and other cheap-and-easy solutions are woefully underutilized and underfunded right now.

Aside from concerns about diverting resources away from pragmatic solutions to the fentanyl epidemic, a number of practical questions have not been effectively answered in the popular press.

Would this vaccine work against a wide variety of fentanyl analogs or just the parent drug? If the immunization proves ineffective against some of the more potent analogs like sufentanil or carfentanil, would this encourage vaccinated individuals to pursue (and support a wider market for) these ever-riskier variants? Could a vaccinated individual choose to break through the vaccine blockade by adding boosters like xylazine that complicate opioid use disorder treatment and overdose management? Would vaccinated individuals seek to suppress cravings and withdrawals and then drift toward other novel opioids like isotonitazene which is even stronger and more difficult to test for than fentanyl?

The vaccine should produce antibodies against fentanyl alone, leaving other opioids effective for pain control. However, individuals with prior fentanyl dependence often exhibit such tolerance that weaker opioids like oxycodone, Dilaudid, and morphine become almost ineffectual. A vaccine that is meant to preserve the effect of other opioids may not actually exert that effect in practice; in that case, how would injuries and surgical pain be managed for formerly fentanyl-dependent individuals who have received this vaccine?

Might a commercial antibody test identify people who have received this vaccine, marking them with permanent immunological stigmata of their prior drug dependence? This question has arisen in prior drug vaccine trials dating as far as 50 years back when immunization against morphine was first tested; since then, vaccines against cocaine, methamphetamines, nicotine, and a variety of other substances have been studied. Not one of these has been approved for use, compounding the shaky probability that this vaccine will somehow defy that history and become the first.

Notably, an effective and FDA-approved opioid blocker already exists: naltrexone. A variant of the overdose reversal drug naloxone, naltrexone is available in a pill form that blocks opioid activity throughout the body; a long-acting injectable form called Vivitrol has been available since 2006. While naltrexone blocks almost all opioids rather than fentanyl alone, it holds one advantage over a theoretical fentanyl vaccine: while not readily reversible, Vivitrol simply wears off after 28 days, allowing a return to effective opioid use when injuries and surgical interventions arise.

The history of Vivitrol also raises uncomfortable ethical questions about opioid blockers that fail to relieve cravings and withdrawals. Alkermes, the pharmaceutical company that produces Vivitrol, has embroiled itself in controversy for lobbying drug courts to push Vivitrol in place of other medications like buprenorphine and methadone that effectively address cravings and withdrawals rather than simply blocking opioid effects. This marketing tactic interpolates profit-driven influence into the coercive arena of the judicial system as drug courts push suboptimal medical interventions, usually without the benefit of consultation with a trained addiction medicine provider – a problem that could repeat with another opioid blocker like the proposed fentanyl vaccine.

Despite this litany of concerns, there is one unique role that a fentanyl vaccine might offer: primary prevention of overdoses in vulnerable populations as they experience their first exposures to fentanyl. Unlike almost every other common opioid, fentanyl exerts unique risks on people who are opioid naive rather than opioid dependent – the teenager trying a new drug at a concert, a methamphetamine user who accesses a fentanyl-contaminated supply, the psychonaut whose dark-web forays lead to mislabeled hallucinogens adulterated with fentanyl. Opioid tolerance might be, for the first time in history, protective against overdose as much as a risk factor for overdose – and a fentanyl vaccine in pre-exposure groups may offer a key preventive strategy for that unique vulnerability. (Vaccinating against potential future fentanyl exposure would likely engender intense controversy, much as vaccinating infants against hepatitis B and pre-teens against HPV has raised resistance in parents who feel that immunization against sexually transmitted infections implies future actions in children too young to even imagine such exposures.)

The opioid epidemic is rooted in overlapping mental health challenges, marginal access to effective pain control, poorly understood genetic risks, unlimited exposure to opioids in the globalized (and prohibition-model) economy, and dozens of other contributing factors. Solutions are bound to be multifactorial and irritatingly complex. A fentanyl vaccine might one day play a small, integral role in those solutions, but it is unlikely to be a definitive answer. In the meanwhile, we have the robust tools of supervised use sites, wide access to Narcan, and distribution of fentanyl testing strips to help stem the tide of fentanyl overdose here and now.

A letter to residents after the subspecialty match

Reflecting on health and wellness: Celebrating the wins and learning from the losses 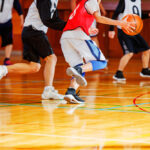 The promises and limits of a fentanyl vaccine
2 comments