Again and again in therapy I find myself emphasizing the distinction between feeling an emotion and acting on it. Many patients, and non-patients too, take undue responsibility for their emotions, as though feelings were volitional behaviors, the result of a choice.  Often there is a stated or implied should: “I should feel this, not that.”  Note how commonly people blame themselves for feeling, or not feeling, a certain emotion:

“I should be more grateful after all she’s done for me.”

“It’s wrong of me to get angry at other drivers; they’re just trying to get home too.”

When feelings are viewed this way, we hold ourselves to an impossible standard.  We expect to control what is essentially not ours to control.  If we prefer chocolate ice cream to strawberry, no act of will or rational choice can convince us otherwise.  When someone or something strikes us as irritating or funny or repulsive, these reactions arise unbidden.   We do not choose to feel depressed, and cannot opt to feel happy.  Sexual attraction to one type of person, and not another, occurs whether we like it or not.  It’s true that we can gradually temper negative emotions, particularly global ones such as depression and anxiety, by willfully altering our thinking — cognitive behavioral therapy (CBT) is based on this idea — and even more reliably by choosing situations and relationships that promote feelings we want.  But on a moment-to-moment basis, feelings come and go of their own accord.

The mistaken belief that one can and should be in control of felt emotions leads to unwarranted moral condemnation, a sense that having certain feelings is the mark of a bad person.  Self-condemnation of this sort is tragic and can last a lifetime.  By the same token, it is unhelpful to criticize or overanalyze the feelings of another, e.g., one’s spouse or child.  He or she didn’t choose those feelings, and may not know why they arose.  Calling on another to account logically for feelings often has an aggressive edge; it banks on the fallacy that emotions are rational and controllable when they are not.  Analysis of emotions is quite valuable — if done in the spirit of curiosity, not criticism.

Curiosity is the healthy response to a new awareness, including awareness of a previously unrecognized emotion.  It is a new piece of self-knowledge.  Emotions arise in the limbic system, the non-verbal, more primitive brain centers we share with other animals, not from the neocortex, the seat of rational thought. The neocortex “notices” and is affected by activity in the limbic system. This is why we can’t always immediately name or identify an emotion when we feel it, and why strong feelings can temporarily flood or short-circuit rational thought.

Actions are different.  Unlike emotions, they are, or should be, essentially under our control.  (Just as willful application of CBT can influence emotions, behavior driven by strong emotion sometimes feels compulsory, e.g., crying when feeling sad.  However, both of these are exceptions that prove the rule: feelings aren’t chosen, behaviors are.)  Anger or sadness or lust do not, in themselves, compel anyone to do anything.  Our ability and responsibility to exercise choice occurs when deciding to act, not at the point of having the feeling.

Our actions have real consequences for ourselves and others.  They can get us fired or arrested or divorced.  They can hurt our loved ones and coworkers.  This is why it is so crucial to differentiate behavior from internal feelings and emotional states.  Yet many fail to make this distinction, and suppress or deny feelings, often imperfectly, out of fear of the consequences resulting from acting on that feeling.  According to traditional psychoanalytic theory, unconscious effort to avoid awareness of these “dangerous” feelings results in anxiety and other symptoms.  Much of the value of psychoanalysis and analytically based psychotherapy is experiencing emotions in a safe setting, by separating this experiencing from adverse behavior and its consequences.  (When this separation fails to occur, the technical term is “acting out” if the adverse behavior occurs outside the therapy session, and the lesser-used “acting in” if it occurs within the therapy itself.)

Distinguishing feelings and actions is part of the “special sauce” of psychoanalysis and dynamic psychotherapy.  As with free association, transference, the relative anonymity of the therapist, and other aspects of dynamic work, I believe nothing is gained by keeping patients in the dark about the process.  When a patient speaks of emotions as though they were volitional actions, or fails to separate feelings from behavior, I point it out in the hope it leads to insight and greater self-knowledge. 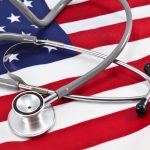 The alarmist approach to medical errors solves nothing 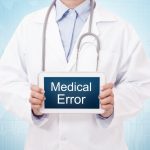