A few days ago I learned about a different manifestation of imposter syndrome. The “usual” one, of course, shows up as, “I shouldn’t be here because I’m not qualified or smart enough to be here.”

The one that was confessed to me a few days ago, however, went like this: “I shouldn’t be here because I don’t know what I’m doing here.”

They explained how it seems that everyone is filing away into their respective niches. The future researchers are diving into research, the future pediatricians are volunteering at pediatrics clinics, the future surgeons are starting suturing clubs. People know what they want to be and are getting started on their journey.

The pressure to know what we want to do is tangible. It would be nearly impossible to find a medical student (or even premedical student) who has not been asked the question: “What type of doctor do you want to be?” The frequency of this question — which is often innocent or even naive to the process of medical training — coerces trainees to prematurely declare a path. Perhaps they are truly interested in it, or perhaps they want to avoid stumbling through the “I don’t know” answers that are received more poorly than a confident declaration of a specialty.

So although this person continues to achieve above-average scores, cares about health and well-being, and shows compassion for others — their indecisiveness about a future specialty makes them feel that they don’t have a place it medicine. It makes them feel that something is wrong.

I don’t think so.

Not only do I think the indecisiveness is fine, but I’d take it one step further: It’s powerful.In fact, I don’t think “indecisiveness” is the right word at all — but rather it’s an openness to experiences and an unwillingness to limit possibilities. This is not to say those who know what they want aren’t open to experiences — but there is no stigma associated with knowing. There is a stigma associated with not knowing.

I think we should celebrate those who are unsure of what they want to commit to. They have already made the enormous commitment to the medical realm — the next step is but a punctuation on an entire novel of hard work and demanding experiences and retention of knowledge. It simply asks in which way should one direct their efforts to benefit health. But this premise — benefiting health — is the important aspect here. And if you’re in medicine, you have already made that decision.

Two more points to make about this.

The first is that options are a beautiful thing — but choices can be difficult not because there aren’t any good ones, but because there are too many. A person might be able to imagine each scenario playing out in a positive way, so differentiating between the possibilities becomes difficult. This is a wonderful “problem” to have, and it speaks to the multiple talents and well-roundedness of the person making the decision. We should honor that versatility and hold off from committing to a path prematurely due to external pressures.Allowing ourselves a vastness of experiences and an openness to get pulled into what resonates most (no matter how long that takes) is a perfectly valid option.

Second, not knowing what you want your life to look like in this wild world of medicine is not a problem. Contrarily, committing to something you may not like due to external expectations is a problem. It might feel like those are reversed, so actively counter that narrative. If you don’t know what you want to do, state it proudly. If someone tells you they don’t know what they want to do, tell them how cool that is and wish them luck in their journey.

Don’t allow these pressures to commit make us feel inadequate or unworthy of a career in medicine. We are future physicians, and we will make these choices when we decide to make them. What is important now is that we have a broad scope of experiences, that we learn about health, and that we learn about ourselves.

A surgeon channels his mentor 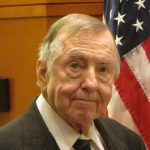 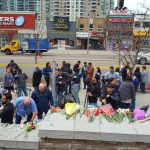 Facing the pressure to choose a specialty
1 comments