Amaka was a timid-looking girl, tall in stature with a head of braided hair, like myself. She was unassuming and composed at first glance and, if my hypothesis was correct, she could not have been older than me. We were similar, both being of Igbo heritage, but also different—Amaka was pregnant. Admittedly, at 14, I had apprehensions, but they were mitigated by my curiosity about her story. Our similarities gave me a sense of comfort, but our differences intrigued me and drew me to her. Seeing her as a potential friend among many adults, I approached her with an arm cuff in hand, prepared to take her blood pressure. That summer, I was the youngest volunteer in a clinic in Nigeria, and I was both eager and anxious to meet new people in my parents’ native land.

While cleaning her arm, I attempted to engage Amaka in conversation. Initially shy and reserved, she was unreceptive. Over time, however, we both became more trusting of each other, freely divulging about ourselves; she confided in me, and I in her. Quickly, I learned about her estranged family who lived hours away, about her goals of becoming a fashion designer and opening a boutique in Lagos; and ultimately, about why she was pregnant—she had been raped months prior to our first encounter. Knowing this, my empathy for her increased immensely, but I had to ask myself why. If her pregnancy had not been out of coercion, would my opinion differ? Why? Until that moment, I had mistaken Amaka’s circumstances as choices and not considered her vulnerability.

It was then that I was challenged to recognize the complexity of Amaka’s experience, and in doing so, I became less an observer of her situation and more an agent in relieving her current circumstances. On this day I was most tangibly confronted with the notion that, had I been a clinician who reduced Amaka to a single stereotype and not probed beneath her surface, I could have compromised her care; had we not built mutual trust, I may have overlooked information vital to her treatment. This experience reinforced for me how imperative an unbiased approach is to medical practice and the importance of understanding a patient’s individual story.

On subsequent trips to Nigeria, I have seen Amaka and her son, Ikenna. When I reflect on my experience with her, I cannot help but refer to my own experiences because I understand the importance of being able to connect with my doctor. From childhood until 18, I was treated by Dr. Elaine, my pediatrician, and my parents’ friend. My clinician and my confidant, during the course of my youth, I developed a relationship with her, wherein I became trusting of her and open to her. Forging such a relationship allowed me to willingly feel vulnerable at her hands, unashamed about any illness, and unapologetic about my circumstances. For me, there was a deep sense of familiarity and comfort when being treated by her because she was virtually the medical extension of my mother. In the way that she cared for me, I want to do so for others, like Amaka. Having Dr. Elaine as my physician was an invaluable gift because it ultimately gave me the audacity to believe that I, too, could become a doctor of the same nature.

For me, there was never an epiphany through which I discovered that I wanted to be a doctor; rather, a series of formative relationships, such as those with Amaka and Dr. Elaine, impacted my decision. These relationships currently inform my desired approach to medical practice: grounded in sound clinical judgment and guided by the experiential insights of my patients. I want to pursue a career that is intellectually stimulating, but also one that inherently requires empathy and enables me to walk the path with those whom I serve. I have learned that when talking to patients, you share knowledge, but when listening to patients, you venture into the depths of their consciousness and learn something new. As a soon-to-be doctor, I am eager for the opportunity to continue forming connections with patients and the invitation to traverse their difficult journeys with them.

Uju Momah is a medical student.

It is time our scientists and physicians lead from the frontlines 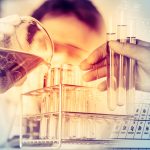