Last year Harris poll did a survey asking children ages 8 to 12 years in the U.S., the U.K., and China what they wanted to be when they grew up. In the U.S., “Vlogger” and “YouTube star” ranked number 1 (29%). Other choices were teacher (26%), professional athlete (23%), musician (19%), and astronaut (11%). Physician, scientist, engineer, or researcher wasn’t in the top 5 choices in any of the three countries. This trend continues through the ages and across the world. Needless to say, it is quite disconcerting and ominous. As we fight a pandemic that threatens to destroy all of humankind, to think that we may have lost our brightest mind to hedge funding is quite unsettling. Below I seek to find reasons for this phenomenon.

To begin with, scientific education and training are viewed as “tough,” requiring years of toil. Scientific and medical training is indeed long and laborious, the books gargantuan, and the training process convoluted. The rewards may not be commensurate with the effort. This discourages most students from pursuing these fields. Medical school costs serve as further deterrents to those who may be inclined towards science and public service.

Second, the celebrities in our society are politicians, basketball players, businessmen, politicians, artists, actors, and movie stars. Look around yourself: No scientist or physician is a household name in our country.  This might be due to the fact that most physicians and scientists are introspective by nature and shun attention. Or it might be that after having spent decades pursuing their scientific careers, they are unwilling to branch out beyond the lab or the bedside to seek roles in politics and public life. Perhaps, it is the fact that scientists and physicians are trained to speak the clear, unvarnished truth, and this quality wouldn’t sell well with the public. No wonder scientists do not stand for office. Whatever the case may be, the country’s youth today lacks a role model who is a scientist or an engineer or a physician.

Third, science needs to be advertised better. Recruiters from various companies such as Google, Facebook, Morgan Stanley, etc. organize recruitment drives on campuses. Through these drives, they are influencing the cognitive landscapes of impressionable minds and steering them towards certain career choices. No medical or public health institute or organization such as NIH or WHO or CDC has ever organized such recruitment drives that I have heard of. Primetime television ads never feature a lonesome researcher toiling in the lab or a surgeon operating in the OR.

Fourthly, we need to provide more resources for female scientists and physicians who face additional work/life balance struggles. In many instances, women have to balance motherhood during the same youthful years of scientific training and early career. These young mothers and early career doctors and researchers often face conflicting choices of focusing on one or the other. In the absence of support, they may be unable to pursue their careers. In addition to the incredible loss of talent that our society cannot afford, this prevents parents and teachers from encouraging their daughters or students to pursue a career in science or medicine.

Finally, scientists and researchers on a personal level, as well as health organizations at a higher level, need to be better compensated. We place a lot of emphasis on sports, and to be honest, I love basketball, baseball, cricket, and soccer as much as any other person. The importance of physical activity and athletic ability is not lost upon me. But let me put this into perspective. Just last year, the revenues for NBA was $8 billion and NFL $8.1 billion while the USAID’s $200 million PREDICT program (a government research program to combat viral infections that have the potential to create pandemic) was shuttered down due to lack of funding. In the setting of the ongoing COVID-19 pandemic, which of these do we really need more?

Aakanksha Asija is a hematology-oncology physician. 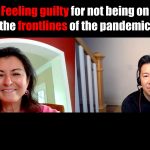