For a moment, let’s forget about his unfiltered voice, bullying, flip-flops, ego, and violence-focused rhetoric. I know suspending this discussion might be interpreted as some as my supporting Donald Trump. I do not.

I would rather, however, look at how Donald Trump in the White House might affect the day-to-day lives of physicians. And by this I am not referring to his support or opposition to universal health care, for I don’t know his true stance on this issue, and Mr. Trump has been malleable and inconsistent in this regard. Rather, I am talking about medical malpractice.

I hold as more important what a person does than what he or she says as an indicator of future behavior and decision-making. And in the legal and liability arena, Mr. Trump’s history is far from muddy.

It is a fact that Mr. Trump is being sued by thousands of people who accuse him of fraud. Likewise, he is no stranger to the plaintiff’s side of the courtroom. Since his campaign for POTUS started, he has threatened to sue six times, although it seems like much more. One of those suits, for $500M with Univision over the Miss Universe beauty pageant settled last month for an undisclosed amount. After the settlement, Trump and Univision head Randy Falco said in a joint statement that they were happy with the settlement.

“I have known Univision’s President and CEO, Randy Falco, for more than 20 years, and I’m glad we are able to put these differences behind us,” Trump said.

Falco said he’d known “Trump for many years in both a personal and professional capacity, and we are pleased to settle this matter and move forward.”

So for Mr. Trump, like Don Corelone, suits are just business, and not personal. His penchant for suing first and asking questions later are undeniable. The candidate and his companies have filed and or faced hundreds of lawsuits over the years. The most recent one involving the failed Trump University over fraud might play out during the height of the 2016 Presidential campaign. Although litigation is not unusual for large business such as Trump owns, it portends a bad outcome for any national malpractice reform under his leadership.

This may not be as hot-button an issue as immigration, Islamic terrorism, jobs, or free trade for the lay citizen, but it is certainly one that affects every physician in the country. A 2010 study by ABC news showed that 60 percent of all doctors over 55 years old have been sued at least once.  A 2011 study is even more sobering. One in fourteen doctors faces a medical malpractice suit every year according to an article in the New England Journal of Medicine. Moreover, every physician will face one or more suits during their working lifetime.

Medical malpractice cases can be emotionally, professionally, and financially devastating for a doctor. I have not seen this issued addressed widely, but certainly for the medical profession, this should give some pause to contemplate before casting a vote.

How employers can lead the way for health reform 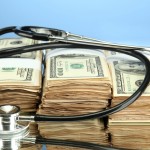 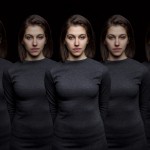 How a Trump presidency may affect physicians
63 comments